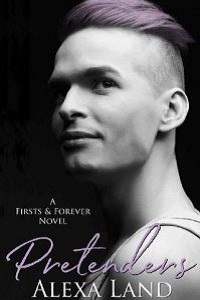 What the hell was it going to take to make this guy come?

I’d been blowing him for-fucking-ever, and my jaw was starting to ache. Plus, I needed to get back to work. Was he even trying to finish? I wanted to tell him to concentrate, but my mouth was full.

Maybe my technique was to blame. I redoubled my efforts, sucking like I was trying to get a ping pong ball through a straw while stroking his shaft. I also began mentally cheering him on. You can do it, buddy. Come on whatever your name is, shoot for the stars. Or my tonsils. Either way.

I was totally over it. Meanwhile, he seemed no closer to finishing than when we’d started. But as much as I wanted to, I couldn’t just quit and leave him to die of blue balls. That would be rude, and I’d been raised to be a polite southern boy. And yes, good manners applied to sucking cock as much as anything else.

A few minutes later, I began questioning my life choices. I could have spent my break chilling with a bag of Doritos in the back office, but no. I’d been lured by a cute face and big muscles, and now here I was with sore knees and my back pressed against a grubby toilet.

It was time to get creative, so I slapped his ass to see if that would do anything. It produced the first moan I’d heard from him since we began. Okay, now we were getting somewhere.

I started sucking him harder and tried another slap. Same result. Well shit, if that’s what it took to finally finish him off, I’d play his ass like a bongo drum.

It was hard to find my rhythm but I kept sucking and slapping, building up speed. I was glad no one was watching, because this had to look as awkward as it felt. Slap and bob, slap and bob, on and on. But it was working.

I scrambled to my feet and mumbled, “I have to go, but thanks,” then squeezed past him and rushed out of the stall. I was definitely, one hundred percent choosing the Doritos next time.

Also, did I really just thank him? Come on. I was the one who deserved the thanks. Hell, for seeing that through, I deserved balloons, a cookie bouquet, and some kind of written commendation. But whatever. At least it was over.

I jogged down the long, dimly lit hallway, then began weaving through the crowd when I reached the main part of the building. It was Saturday night, so the club was packed. Several people tried to strike up conversations with me along the way, but all I could do was smile, flirt a little, and keep moving.

By the time I made it back to my DJ booth, I was a solid twenty minutes late. Fortunately, the guy who’d been keeping the music flowing in my absence was nice about it. I apologized profusely, but he just grinned and said, “Don’t sweat it, Ash. The dude you went on break with was hot, so I’m surprised you came back at all.”

“I really am sorry though, and I owe you big time,” I said, as we changed places and I slid my headphones over my ears.

Time to focus. I cued up my next set, then turned my attention to the song playing in the headphones. At the right moment, I slid my finger over the sleek, black mixing board on the table in front of me, seamlessly blending the incoming song into the one currently playing in the club. They overlapped for a few moments, beat matching beat, and then I faded out the first song and let the new one take over.

Pretty soon, I was right back in it. The music reverberated in my chest like a second heartbeat. In front of me, over two hundred people were dancing, transformed into one huge, pulsating entity. Lights washed over the sea of bodies, bathing them in blue. It was beautiful, almost hypnotic. I shook my ass to the music, but I couldn’t get lost in it the way they did. Not when I had a job to do.

Each song I played was slightly more up-tempo than the one before it. I was building toward a climax of sorts, and the crowd was right there with me. There was an art to this, one I’d been fine-tuning for more than a decade. I brought the energy in the club to a crescendo over the next ninety minutes, then gradually began easing it down again as the clock ticked toward closing time. The goal was to leave everyone feeling euphoric, but not so hyped up that they wouldn’t want to leave at the end of the night.