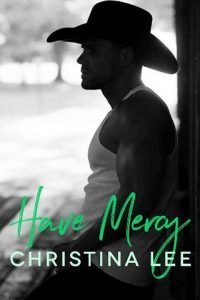 “Wyoming might do you good,” Mom said as soon as she ended the call with Aunt Maggie.

I rolled my eyes. “Said no one ever.”

The sisters talked nearly every day, and Aunt Maggie was hoping I’d head Northwest for the summer to help my cousin Sienna with a construction project.

I stared out the apartment window at the busy Manhattan street below. There was a time I’d enjoyed city life, and I loved growing up in Queens and hanging out with my dad’s relatives in Long Island during the summer months.

But then I did two tours of duty in Afghanistan and nearly lost my life when a roadside bomb exploded. I had the scars to prove it, along with some residual ringing in my ears and the general skittishness that apparently inflicted many of those discharged—honorably or not.

Mom had been great about taking me in and letting me stay at her Upper West Side apartment, but I’d spent the better part of the last year struggling to find my way.

Mom was a successful real estate agent, and since I knew a thing or two about construction, she’d kept me busy with requests from her clients while I collected disability compensation and kept up with my visits to the VA hospital.

But it wasn’t enough to keep the demons at bay.

“Just think about it,” Mom said. “You can help wherever they need you, but Sienna really wants your opinion on refurbishing an abandoned silo for a possible country store.”

A silo? As a kid, I always found those cylindrical structures intriguing, so my interest was definitely piqued, but not enough to travel across the country, at least I didn’t think so. I’d learned how to flip houses from the best—my dad, who had passed suddenly from a heart attack when I was nineteen. He and Mom had run a successful business for years, and my sister and I had helped in one way or another since we were kids. His death was the catalyst for my joining the military, to honor him, since he was a vet too, and I had served proudly for five years.

Mom added, “Sienna thinks it might help their business, and Kerry certainly agrees.”

Not that hearing my cousin’s ex-husband’s name would sway me. I didn’t feel particularly fond of the man. He’d hurt Sienna—he’d come out of the closet about three years ago and they divorced—and my aunt had been distraught about her daughter’s split from her high school sweetheart.

They apparently still lived together on Firefly Farm for the sake of their daughter. Mom had to console Aunt Maggie too many times to count, so I supposed that influenced my building some walls against the man too. Except, on more than one occasion I’d wondered how hard it must’ve been to admit your sexuality in not only such a conservative family—at least that was my impression of the Carmichaels—but the ranching industry as well.

The sound of a jackhammer somewhere off in the distance filled my ears, and I bristled, bracing my palm against the window ledge. Gooseflesh lined my skin as memories washed over me. Gunfire, shouting, taking cover until the threat had passed. Fuck, would the constant state of alertness ever go away?

Mom patted the seat beside her, snapping me out of the memory before it became too vivid. “Come sit while I pull up photos from their property. You’ll see how different it looks from the Carmichael Ranch.”

The story Mom had told me was that just as Sienna and Kerry were getting their dairy farm up and running, on land that bordered the Carmichael Ranch, Kerry had come out as gay. You could imagine how well that went over. Then, in the middle of their divorce, their daughter, Ainsley, was diagnosed with leukemia, so it only added to the tension in the family, which already sounded like a pressure-cooker situation.

“Fine.” I sighed, knowing she wouldn’t drop the subject until we’d properly talked it through. Mom was nothing if not convincing. Besides, I was curious how my cousin was getting along. We kept in touch through social-media updates and messenger conversations here and there, but it’d been a few years since we’d had a heart-to-heart.

I sat down beside her as she clicked through the photos. Wyoming was beautiful as always, if…remote. I had only visited a handful of times over the years, and that was before my dad passed away. Mom and Aunt Maggie grew up near Jackson Hole, in the small town of Cottonwood Creek. Whereas Aunt Maggie had stayed and started a family, Mom went to NYU for college, met my dad, and never looked back.

The most recent times I’d visited my cousin Sienna, she was living with her husband, Kerry, on the Carmichael Ranch, where he was raised with his cowboy brothers, riding horses and rounding up cattle. Being there in my teens was one of the first instances I’d realized I was bisexual. All that flannel on display over muscled forearms, hard thighs in tight jeans, and hair curled beneath cowboy hats… Holy hot damn.