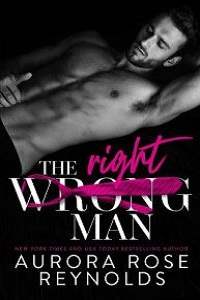 “JAMIE, IF YOU’RE not out here in ten minutes, I’m leaving!” I shout down the hall toward my brother’s bedroom. I hate waiting. Patience isn’t one of my better qualities. And since I know I need to be across Seattle by nine to meet with the leasing office to get the keys for my new place and traffic this time of day is a disaster, my nerves are on edge with annoyance and worry.

“Shut up, Dakota, and pull the stick out of your ass. I told you I was coming and meant it!” Jamie yells back, and I can tell by his tone he’s smiling.

I shake my head and glare at his door. Never in my wildest dreams did I think that at twenty-seven I would be living with my little brother in his small one-bedroom apartment. But when I found out my fiancé Troy was cheating on me, I didn’t really have much of a choice but to pack up and move from Tacoma to Seattle where Jamie lives.

I met Troy my junior year at the University of Puget Sound, where I was studying broadcast journalism and he was graduating with a master’s in political science with plans to work for his father, a well-known politician. The moment we met, I was smitten. He was handsome, well-educated, and he came from a close-knit family, which I appreciated.

At the time we met, finishing school was my top priority, so we took our relationship slowly the first year. By our second year together, we were solid. He was working for his dad, and I graduated and started working for a small local news station, where I was on my way to becoming one of the lead anchors.

“Sis, you’re seriously gonna go fucking gray if you keep stressing out the way you do,” Jamie says, pulling me out of my thoughts as he walks out of his bedroom followed by a tall blonde who looks barely awake.

“Whatever,” I say, biting my thumbnail. I roll my eyes as he opens the door and pats the girl on the ass, sending her on her way like every other woman who has come and gone since I’ve been living here.

“What?” he asks, turning to face me when the door closes.

“I just don’t get why women are okay with spending the night with you, knowing they will never hear from you again.”

“What has your panties in a bunch?”

“Like I told you yesterday, I have to be at the leasing office at nine.”

“And like I told you, I’ll get you there.” He ruffles my hair, and I bat his hands away then attempt to kick him, narrowly missing his knee as he moves past me toward the kitchen. He picks up his jacket off one of the stools around the long peninsula that separates his kitchen from his living room.

“You know I hate being late,” I growl, running my hands down my hair and smoothing out the pieces he just destroyed, making sure my ponytail is still in place.

“Did you see Amanda?” he asks, and I frown then roll my eyes when I see his shine with amusement. “You can’t rush that kind of perfection, sis. It’s against the law or some shit.” He gives me his roguish grin, the same grin that has women flocking to him. Well, that and the fact that he’s six foot two, works out daily, has dark hair and darker eyes, and is the lead singer in one of the most popular, up-and-coming bands in Seattle.

“Can we go now?” I ask, ignoring his comment and waving my hand toward the door.

Shaking his head, he slips on his black leather jacket and tucks his car key into the front pocket of his jeans then pauses, sweeping his eyes over me from head to toe.

“Is that what you’re wearing?” he questions, and I look down the length of my body.

“What’s wrong with what I’m wearing?”

“That outfit is just—” His nostrils flare and his hand sweeps up and down, signaling everything that’s me. “—it’s so fucking Troy,” he mutters, making me cringe.

Looking down once more, I realize he’s right.

Troy always wanted me to cover up.

He wanted me in long-sleeved tops, long pants, and conservative heels.

He wanted my hair up and no makeup.

He wanted me to be the perfect good girl.

And when I was with him, I wanted to give him exactly what he wanted.

“Go change,” Jamie growls, and my eyes fly up to meet his.

“What?” I glance at the clock.

“Go change. You don’t need to dress like a fucking nun anymore, Dakota.”

“You’re only going to be late if you don’t go change into something else.”

“Don’t be ridiculous. What I’m wearing is fine.”

“I watched you change. I watched my fun-loving, wild sister disappear a little each day over the last five years, but I’m done. I want my sister back,” he says with anger and sadness seeping into his tone.