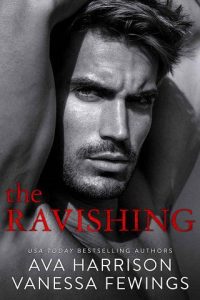 “Hell is empty, and all the devils are here.”—William Shakespeare

Uneasiness slithered in the shadows.

It manipulated the air into something heavy and strangely tangible. The sunlight that streaked into the chapel shrank, dimming the once-bright colors of the stained glass windows above.

I tried to draw in a deep, wary breath, but it felt like the oxygen I inhaled was stabbing me inside my chest like shards of needles cut too deep.

Sensing him before I saw him, I moved from my position at the end of the pew and glanced around sharply, fighting this visceral feeling.

Despite the evidence that this feeling was unwarranted, my mind dragged me back to that Louisiana swamp where Stephen Glassman had taken me today to prove a point to my father.

There, in that desolate marsh, he had delivered his brutal warning. His threat was full of loathing for my family. The words poured from his ugly mouth. Vicious words I was ordered to carry back to my father.

Stephen Glassman was coming for us.

I clenched my fists, angry at myself for feeling this way. Weak against the wisdom that nothing could touch us. We were Calvetti. A respected family of old money that even now flowed like a river, marking us as descendants of Italian aristocracy. Heirs to a vast fortune who had settled a century ago in the outer district of New Orleans.

And for the first time in my life, I doubted my father’s insistence that no one could harm us.

The fallout of today refused to lift. Sweat snaked down my spine as if I were back there with him. With Glassman. Getting in his car at gunpoint. Letting him take me out on the green murky waters in that small motorboat. Deep into the marsh, where the trees swallowed the sun.

Glassman had made his point to my father.

He could get to us.

My father’s enemy had let me live today. But he’d left me with the scent of stale swamp lingering in my nostrils, the mixture of saltwater and decomposition not letting go.

Mr. Montebello had told me my fear was irrational.

That Stephen’s threats were vapid.

But I couldn’t shake this feeling. Still, hours later, it unnerved me. The way the sound of those insects from the swamp continued to resonate in my ears, coaxing me back to them. To that untamed place. They begged me to undo what had been unleashed.

“I’m handling it.” Mr. Montebello had stretched his arm around me, and though he was my father’s lifelong attorney, he’d done nothing to reassure me.

Because he hadn’t seen the look in that man’s eyes.

Within the chapel, head bowed in reverence, I prayed for peace. Prayed for courage. Asked God to show me how to live with this fear.

I had homework. A dinner to look forward to. Friends to see later.

Instead, I was in here. As if it would help.

St. Mary Magdalene lauded over the chapel from her stone pedestal. Her outstretched arms bestowed a blessing, reassuring everyone who entered they would be protected. Even the worst sinners.

But would she keep our enemy at bay?

Pulling my gaze away, I walked to the exit, it was time to head back to the house.

I stepped out and breathed in the thick air, noticing that, at my presence, hundreds of birds scattered in the sky.

Their wings flapped with fury. The air seemed to suck up their panic.

The swarm echoed, getting stronger. Louder. Forcing me to shield my face as if the slipstream of their dread could reach me.

I tracked their flight, and my eyes didn’t leave the birds as they soared in the sky.

I shifted my gaze downward. It sent me off balance, like seeing through a tunnel with everything rushing me at once.

In the distance, my mother and sister sliced through the path.

Their faces contorted in horror.

Everything moved too fast and too slow. They closed the space between us, but my feet stuck to the ground, rigid as they rushed toward me. Like gasoline poured over a spark, a flash of terror struck within. Fear erupted around us and in us, spreading like wildfire as they moved faster, driven by something unseen.

They staggered and wrapped their arms around each other, willing one another on. Their strides were disjointed, slowing, and sluggish.

I forced myself out of slow-motion and sprinted toward them, desperate to reach where they’d faltered.

My flesh chilled to ice when I saw it—a bright red stain on my mother’s blouse.

A stark contrast to the white fabric. It reminded me of spilled merlot soaking her chest. Wine spreading like streaking vines, tracing across the material. If only it was that.

I tore across the lawn trying to reach them, drenched in sweat, feet sluggish.

My mother tumbled to the ground. My sister’s arms gave out as she fell with Mom. Both of them crashed to the grass, and their wails formed a haunting anguish.