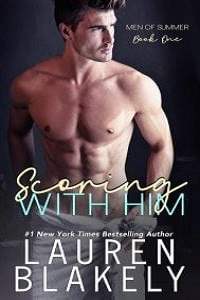 At the Start of Rookie Year

If I were the kind of guy who made five-year plans, mine would include winning a World Series, playing in an All-Star game, and having my pick when it comes to endorsement deals.

Just putting that out there, universe. I’ll check back in when I’m twenty-seven and see what comes true. K, thanks.

And to do that, I need a killer first season.

I have to go into spring training and play hard every day.

Baseball is my one and only dream. This sport saw me through the toughest years. Hard times are in the rearview mirror at long last, and good riddance to those days I’d like to forget.

Hell, if I play my cards right, the opportunities for my career are endless.

Fine, maybe it’s a little bit cocky, but facts are facts, and these are mine. I’m twenty-two. I earned a degree in history from a good college, I racked up one bonkers season in minor league baseball, and thanks to going in the first round of the draft, I’m making bank as I get ready to head to Arizona for spring training. My goal there? Lock up the starting catcher slot. Lock it up so damn tight that the coach can’t picture anyone else but me behind the plate for the team.

Pretty sure I don’t have time for extracurricular activities. And that’s okay. I don’t need to be a hookup maestro. Besides, I bet the quest to be a player after hours is a recipe for disaster on the diamond.

So yeah, I suppose that’s my five-year plan. Don’t look back. Move the hell forward. Leave it all on the field.

Which means—don’t be distracted by men.

That shouldn’t be a problem for me.

I’ve learned to live, breathe, and eat the sport, and romance has taken a back seat. There will be time for men later in my twenties.

Not at my first spring training.

Not during my rookie year.

And definitely not with a man on my team anytime soon.

And this turns out to be the biggest problem in my brand-new career. Not hitting a wicked fastball. Not scrambling for a wild pitch.

Nope, the problem is my shortstop.

From his easy confidence, to his deadpan wit, to the way he guides me through the complicated world of pro ball, I’m hooked on the man from the second I meet him.

Add in his movie star face and a carved body that makes me want to throw him against the wall and kiss the breath out of him—or hell, let him shove me against the door. I don’t care—and I’m not sure I stand a chance at my five-year plan.

Already I’m behind in the count, and if I’m not careful, I’m going to strike out on my first chance to make it in the pros.

But with Declan, I’m not sure I can be careful.

Or if I want to. Because he just might be everything I didn’t know I needed.

A good thing about being a Major League baseball player is that dates aren’t hard to come by.

The pickings are plentiful, and I’ve enjoyed the offerings that have come my way over the last few years.

The off-season is me time, and I’ve used the winters to turn up the heat, to wine and dine to my heart’s—and dick’s—content.

Both organs have been quite happy, thank you very much.

My stomach too. There was that fling with the chef at a three-starred Michelin restaurant in Napa. Let me tell you, seared scallops are even better when a man makes them just for you in his fantastic wine-country home overlooking a vineyard. I then showed him how much I appreciated his skills in the kitchen by showing off mine in the bedroom.

Pretty sure I earned more than three stars with the things I did.

The year after, I played globe-trotter alongside a rich-as-sin internet executive with a private jet, and we hardly ever wanted that Gulfstream to land.

Then there was that TV star. You know, the guy in the Wall Street show who wears the fuck out of tailored suits.

I date here and there on my own time and dime. There’s no hiding, and I’m definitely not in the closet, so I’m sure pics of me out with guys surface now and then in gossip rags or where-the-fuck-ever.

Don’t know, since I don’t read them or follow them.

But I do make it my mission to keep my romantic escapades off my social media. They don’t belong there.

No matter who I date, I’m not going to post selfies of us the morning after at some too-cool-for-school sidewalk café eating avocado toast and sipping soy chai lattes.