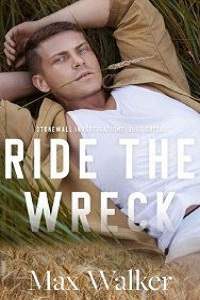 Stonewall Investigations buzzed with an energy that rivaled the three espresso shots I asked for in my coffee this morning. The small offices were crammed with people, most of them familiar, a few of them new. The head of Stonewall sat at the head of the table—Zane Holden, a charming guy with a sharp smile and an even sharper mind. He flew in from New York and had this meeting called within hours of the news breaking: the Unicorn Killer had a copycat, and they were terrorizing the otherwise peaceful town of Blue Creek.

Never had a serial killer been loose anywhere in or near the town, making everyone feel a collective shiver run down their spines when the Unicorn was mentioned.

Zane himself had been responsible for putting the original Unicorn behind bars, so having him here was more than reassuring. It felt like the captain of the ship knew exactly how to navigate the treacherous waters ahead. Plus, he had brought a couple of detectives from the other Stonewall branches with him: Alejandro and Mark from New York, and Penny and Beckham from Miami. We sat around a round table in the meeting room. Austin Romero was also there; he was the other detective that called Blue Creek home, and someone who I quickly considered a good friend. The window was cracked open and let in some of the spring breeze that carried the scent of freshly mowed grass with it.

Zane stood by a TV screen hanging on the wall as he went through slides of evidence collected from the original Unicorn Killer. The pictures were gruesome, depicting the victims killed in the monster’s signature way: laid out on their bed in a pair of white briefs with a knife stuck through their foreheads, the hilt carved in smooth spirals to resemble a horn. The first killer had focused solely on gay men, but the copycat was already breaking that pattern. Wendy Farstone had been the woman who was murdered in Blue Creek, found in her bed with a horn impaled through her forehead. Wendy didn’t have a partner but had come out as bisexual, so it didn’t seem that gay men were this killer’s sole target.

There was another difference in the copycat. This killer seemed to have an artistic side, as wings had been painted onto the bedsheet around Wendy. They’d been drawn with great care, every line intentional, every curve perfect. There was even shading, adding a depth to one of the most macabre crime scenes I’d ever seen.

That was the slide Zane ended on, Wendy’s lifeless body flashing like a ghost as the screen blinked off.

Zane took his seat across from me, his chair creaking as he leaned forward. He had an air of command over him, his eyes locking in on each one of us. “We’re calling this killer the Pegasus. There are enough differences between this one and the Unicorn that I almost don’t even want to call them a copycat. Although they clearly drew inspiration from the Unicorn.”

“Why Blue Creek?” Penny asked. “Why come to this town, where it’s got to be way easier to stick out than being in a big city.”

“Because of this.” Zane motioned around him. “Because of us. I think whoever’s doing this is doing it because Stonewall opened up here. It’s a theory, at least.”

“A strong one,” Beckham said.

“It’s a possibility,” I said, jumping in. “But I think it also might be someone who has roots here, not a transplant. Like you said, Penny, transplants would stick out like sore thumbs here, but a local could blend in much easier.”

“Good point.” Zane nodded. “I’ve got an interview lined up with Wendy’s mom tomorrow, but I have to fly back to New York for some other cases at the end of the week. I’m putting Penny in charge of the Pegasus case here in Blue Creek. Her team is going to have Beckham, Mark, and Alex. Austin and Ryan, I want you focused on the cases here. Whoever needs help in Blue Creek, I want you guys on it. Obviously, keep an eye open for anything Pegasus related, but otherwise, keep your current clients and any new ones that might walk in.”

I nodded, noticing a flash of disappointment on Austin’s face. I didn’t mind being left off the main Pegasus team. So long as I was helping someone, I was happy.

We stayed in the meeting room for another three hours, throwing around whatever ideas and theories popped into our heads, hoping that one or two stuck. It was difficult as we still didn’t have much to go on, but there was a clear drive in the room to stop this before anyone else lost their lives. It would be difficult, no doubt about that, but I also had hope that the collective group of sharp minds in this room would be able to figure it out. I lived in a world colored with optimism—it was how I functioned, how I got through the day-to-day bullshit life tends to throw at you. I found that keeping my outlook tilted toward the positive makes for a much easier way of living—a happier one. There were definitely moments in my life that would have otherwise crushed me if it wasn’t for the unwavering hope that had been planted in my heart and tended to by my parents. Some people might find that endless positivity annoying or unrealistic, but that was fine. They could have that opinion as long as they didn’t piss on my rainbow.