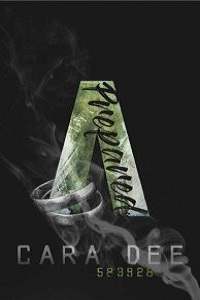 It’s been forty-eight hours since I proposed to you, and I’m already feeling the pressure.

Christ, I’ll be the laughingstock at the wedding, knucklehead. Why can’t we just go with the traditional, scripted vows?

I scratch my jaw and sneak a glance into the kitchen where you’re preparing supper with the boys, and this is what I gotta put down on paper. How it makes me feel when I see you, whether you’re cooking with the kids or we’re at the shooting range. I gotta find a way to explain how a painful punch to the heart telling me “This is what you have now” is the greatest feeling in the world.

You look over at me and smile when you catch me staring. “What’cha doing, baby?”

“Watching a field medicine documentary on YouTube,” I lie.

You don’t laugh it off as another “Darius thing.” You say, “Save it so I can watch later, please.” Then Justin hollers for your attention, and you’re there to help him measure flour.

Gray turned on the communication device in his headphones, then peered out over the pitch-black water, only illuminated by the moonlight. It had to look pretty fucking badass to see three helicopters flying in low over the water in the middle of the night.

Darius nudged Gray’s boot with his own, and Gray met his stare.

Gray released a breath, refusing to let the nerves get the best of him. He’d worked hard to channel all the anxiousness and turn it into determination and 100% focus.

With them in the helicopter was River Tenley, who’d been there for them in Vegas with his twin brother, Reese—and Shay was here now too, their boyfriend, who hadn’t been in Vegas. Reese was in another helicopter.

Kyle Finlay, a former helicopter pilot in the Marines, flew the roaring machine that’d once belonged to the Royal Air Force. It’d been stolen years ago and sold off to civilians who didn’t really care about the legalese concerning military aircraft sales. The Middle East and South America had a huge market for owning military equipment, Gray had learned. Just two days ago, Dare and Ryan had launched into a harangue about US military guns keeping the drug cartels’ wars blazin’ down here.

Gray peered out again and saw the water rippling up a wide circle on the surface of the water. Directly below them was a narrow but long sandbank where six Jet Skis waited for them. They weren’t at the shore just yet. Kyle couldn’t put down the helicopter so close to the jungle.

“This is it!” Kyle shouted. “Bring my nephew home!”

Adrenaline spiked within Gray, and he watched Darius go first. He undid the shoulder straps and adjusted the precision rifle onto his back, then stepped out on the ledge. In a fluid motion, he released the handlebar above, dropped low, gripped the ledge, and jumped off the helicopter.

It wasn’t more than a seven-foot jump, but still.

Gray’s turn. He mimicked Darius’s movements, and his stomach did a somersault as he jumped off, his boots landing hard in the soft sand.

“DQ online.” Darius’s voice filtered through in the earpieces they all wore.

The other two helicopters dropped their passengers too.

“Ten-2 online.” Reese. That’s what he got for being six minutes after River. Gray had been treated to a big bitch fit about it earlier.

“Fin-2 online.” Similar story with the Finlay brothers, the reason they were all here tonight.

Reese had reached out a week ago, needing help. Their friend’s nephew had disappeared in the jungle in Belize during his second mission as a PMC. An extraction gone wrong.

“Fin-1 online.” That grim voice belonged to Cullen Finlay, the elder of the three, and the father of Crew Finlay. They were all Marines in that damn family. Or formers, but you weren’t allowed to call Marines former.

“First group, move out,” Greer ordered. He was the second Finlay brother and the man in charge of the whole rescue op, along with Reese. Well, he’d taken charge. It’d been Cullen at first, but as the father of the missing son, he wanted to go in and blow everyone to pieces.

They went in pairs, the four of them grabbing two Jet Skis, and Gray wouldn’t see them again until they’d rescued Crew, his partner, and the person of interest they’d been assigned to bring home to the States.

As relieved as Gray was to take a more passive role in this op, it didn’t feel good to see those men go off on their own. They were the cavalry and dressed the part, in full combat gear. Reese was putting himself in danger because he felt responsible for just mentioning the term private military contractor to Crew last year, who’d felt like the Marines didn’t have more to offer him.