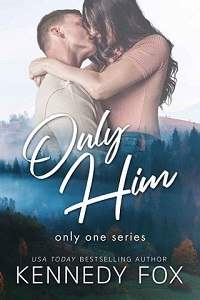 As soon as I get out of my rental car, the Alabama heat smacks me in the face. Though I’m used to it and have been in worse conditions, it’s still a shock after driving in the air-conditioning for hours.

I haven’t been home to Lawton Ridge in four years, and now that I have my discharge papers from the Army, I’ll stay here until I decide my next move. I’m hoping I figure it out within the next few months because this small town doesn’t have much for me here. Most people I went to high school with work for their family’s business, left for college and never returned, or got married and settled down. Truthfully, none of those options had any appeal, especially with an addict for a mother and a father who abandoned my little sister and me. Everleigh is four years younger, and she was the only reason I hesitated to enlist. I was worried as hell to be away, and leaving for boot camp was harder than I ever imagined it would be.

I’ve looked after her, making sure she was at school on time, ate three meals a day, and did her homework. My grandparents reassured me they’d take good care of Everleigh. They kept their word, and tonight, she’s graduating from high school. I’m so damn proud of her for getting good grades and mostly staying out of trouble. She’s loudmouthed and tells it like it is, but I love her to death.

I wasn’t sure I’d make it on time with my flight delays, but I did. I rush through the crowd until I see my grandparents who saved me a seat. Mimi cries the second her eyes meet mine, and Pops pulls me into a tight hug. Over the years, we’ve spoken on the phone and FaceTimed a few times, but it’s not the same as actually seeing them in person. It’s a quick reunion because moments later, the commencement ceremony begins.

After an hour of speeches and a slideshow of the students’ baby photos, my sister finally walks across the stage. She looks around, and I know she’s wondering if I’m here.

As soon as the administrator announces her name, I stand and cup my mouth with both hands. “Go, Everleigh! Woo!” I clap my hands above my head and cheer as loud as I can.

Her eyes widen, and she smiles before glaring at me for making an obnoxious scene. I laugh and continue applauding as she grabs her diploma and shakes hands with her principal.

“She’s gonna kill you for that,” Mimi whispers, chuckling.

Even though she’s sent me photos over the past four years, they did nothing to capture her true beauty. She’s stunning, absolutely gorgeous with dark brown hair and flawless skin. I’d be lying if I said I didn’t think about her daily. We were just acquaintances when I left after I graduated, but for the past four years, we’ve written to each other, and it’s turned into…more.

The first letter she sent was so random that I almost tossed it without realizing it was from her. At the time, she was only fourteen, and it was harmless. She asked how I liked traveling around the world, if I missed being home, and hoped I stayed safe. I replied and gave her as many details as I was allowed. Soon, I found myself looking forward to hearing from her.

Her last letter, though—that one nearly stopped my heart.

Not that I hadn’t expected some of it, considering how she’s hinted at her feelings before, but Gemma was always the quiet one out of my sister’s friends. After a while, she shared personal things, and it helped us grow closer. I spilled more to her than anyone else, and for whatever reason, I felt like I could trust her more with each secret I revealed.

I hope this letter gets to you before you leave. I know if I don’t say this now, I might chicken out when I finally see you.

The way I feel for you has grown over the past four years. It’s not just a stupid crush I had in middle school. It’s much more than that. A month ago, I told you I wanted you to be my first, and I still mean it, but I have to ask one thing.

If you don’t feel the same way, if I’ve fabricated this whole thing between us, please tell me to my face. If you see me as just your sister’s best friend, don’t lead me on. I’ve shared more with you than I probably should’ve, but it’s because I know you’d never judge me. You’ve always given me great advice when I had problems, and with you, I have a safe space to vent. It’s something I’ll always cherish, even if it can’t be more than a friendship. To be honest, I’m going to miss writing to you. I’ve looked forward to hearing from you each week, but seeing you in person is all I can think about right now. I’m anxious and excited, but my nerves are getting the best of me. I’m second-guessing everything, and I’m worried you’ll break my heart.