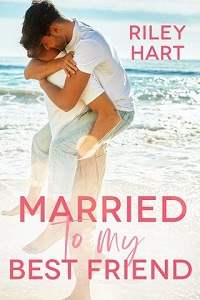 “You’re late all the time! What are you doing every night? You say you’re working late, but how am I supposed to believe you?”

“Are we really doing this again? I’m so tired of it! Every day you’re nitpicking me for some reason! I’m the only one working here, in case you didn’t realize that. I’m doing this for you and Caden!”

I covered my head with my pillow, trying to drown out the sound of my parents fighting. You’d think I’d be used to it by now. Sometimes it wasn’t as bad, sometimes it was worse. Consistent was the only thing it always was—I could count on this at least three days a week.

Most of the time, I wondered why they were together. They didn’t seem to like each other very much. I heard Mom talking with her friend on the phone once, telling her it didn’t use to be like this. What changed? All I knew was, I didn’t want that. I didn’t ever want to be miserable with the person I was married to. Maybe I wouldn’t get married at all.

“Don’t do that. Don’t bring our son into this,” Mom added. “Why don’t you say what this really is? You don’t want to be around me. You never wanted to get married in the first place. This isn’t the life you wanted, and now you’re pulling away from us.”

Dad and Mom had been dating for about a year when they got pregnant with me, but they’d been friends most of their lives. They grew up a few streets away from each another, then came back after college.

“How dare you! Don’t pretend I’m not in this marriage just as much as you are. I’m the one fighting every day to make it work!”

“Money isn’t what it takes to make a happy family, Edward!” she shouted back.

That was enough for me. I hated listening to this, so I went to my bedroom window and slid it open. It was chilly out, a sign that rain was coming to Southern Oregon soon.

I didn’t bother with shoes as I climbed out, and once the window was firmly in place again, I made my way to the house next door—we lived in this older neighborhood lined with ranch-style homes—and went straight to the window behind the large rosebush that was full of bees all summer. I knocked twice, waited, felt a strange flutter in my stomach I didn’t really understand.

Just as I raised my fist to knock again, he was there—Alex, my best friend. We’d moved out of our old apartment and next door to him when I was two. I didn’t remember a time in my life that didn’t have Alex in it. Didn’t remember a time when I didn’t seek out the comfort of his home when Mom and Dad were arguing. Well, I hadn’t been able to sneak out when I was younger, but I used to put headphones on and pretend I was with Alex. Being with him always made things better.

He didn’t ask what I was doing or what happened, just rubbed his eyes with the palms of his hands, his black hair messy and sticking up all over the place.

“Come on,” he said softly. I climbed in, and Alex closed the window. As I reached for the folded blanket he always kept for me under the bed, Alex said, “Mom needed it. My cousin is sleeping over, and he still pees the bed, so she has to have extra for him.”

“Just sleep in bed with me.”

The light from the moon and the streetlights made his room bright enough that I could see him. He shrugged like it wasn’t a big deal, and he was right. Still, the tingles in my gut increased. Great, that was all I needed—to come down with some flu or something.

“I don’t have cooties,” Alex said, climbing into his bed. It was against the wall, so he scooted over, but I just stood there for a minute. He was wearing a pair of pajama bottoms. I had a similar pair on but also a T-shirt. I didn’t know why I was being weird about getting into bed with him. I knew older guys talked crap about that kind of thing sometimes, but it didn’t make sense to me why it mattered. We were best buds.