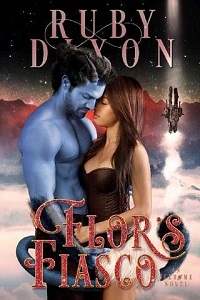 (Readers that wish to see content warnings, please flip back a few pages if your book starts here! — Ruby)

I scratch on the privacy screen covering the door of Gail’s hut, my project basket balanced on my hip. “You in there, mama? Or should I come back later?”

That gets an immediate reaction. Footsteps thunder across the boards of the floor, followed by a “Slow down” in a total mom voice. I’m grinning as a half-dressed Z’hren pulls back the privacy screen and gives me a goofy look. “She’s my mama, Tita Flor. You can’t have her!”

“She can be my mama too,” I say, unable to resist teasing the kiddo a bit. “Can’t she?”

“Where should I stuff it? In my ear?” I call back, and Z’hren giggles as if I’ve told the naughtiest joke ever. He’s too young to get all the implications of that particular joke, so I keep rolling with innocent body parts. “My nose?”

“Your nose is full of boogers!” Z’hren cries, because he’s at that age when boogers are a shocking thing. He chortles at his own joke and then wraps three arms around my waist and the fourth one goes fishing for my covered basket. “What did you bring over?”

“You say everything is bad luck!”

“Kasi totoo, that’s because it is.” I shake my head, tsking. “You’re lucky you have me here to steer you away from it.”

“Come on in, Flor,” Gail calls to me. “And Z’hren, come back here so I can finish tying your tunic.”

The kid is an absolute dervish. He gives me a sneaky grin and races back over to his mother, who works on the tunic flapping loose around his shoulders. I wait in the doorway to be polite, because my mother would smack the back of my head if I didn’t respect Gail’s hospitality. I watch as Z’hren squirms in place, impatient to be out the door. When the last tie down the back of his tunic is knotted, he races off, pauses, races back to Gail’s side to give her a kiss, and then races off again, darting past me.

“Pak and Rukhar are playing ball on the beach with N’rav and Tita Devi,” I call as he runs past. “They could use another!”

Gail just shakes her head and gets to her feet. “I do not understand how that boy has so much damn energy. Him and Vaza both. I swear their khuis are set to eleven.”

I chuckle and set down my basket, before moving to her side and taking her hand in mine. I bow and then touch my forehead to her knuckles. “Bless po.”

“I told you not to do that,” Gail scolds.

“My Nanay would have my head if I didn’t respect my elders,” I tell her mischievously. “And you and Vaza are the elders around here.”

She gives me a wry look and snatches her hand back as I straighten. “Elders,” she huffs. “You’re an elder too, then. You’re older than all of these young ones.” She waves a hand at the beach, indicating the tribe.

“Nah, I’m the auntie,” I say, picking up my basket and sitting down by her fire. “It’s a very different spot in the social strata of the tribe. Every family’s gotta have at least one auntie to spoil the children and gossip about everyone else. By the way, Callie’s cooking tonight and she said to tell you that she’s using the last of the not-potato you chopped up last night. I’m supposed to pass along the message.”

Gail pulls out a couple of cups and ladles me a bit of hot tea from over her fire. She hands the cup to me and I sniff it, admiring the scent. The others love shrimp tea, but Gail makes her herbal tea strong enough to put hair on my chest, and it reminds me of home. “All right,” Gail tells me. “I’ll have to think of something else to make when it’s my turn again.”

“I’m tomorrow night,” I point out. “You’re not for a few days. But if you want to go gathering this afternoon, I’m game. I need some herbs and I might as well go look for some not-potato. You busy?”

She grimaces. “I can’t. Z’hren says his boots are hurting his feet again so I promised I’d piece together new ones for him.” Gail shakes her head. “That boy is growing faster than a weed. Maybe take Daisy with you?”

I shake my head. “She’s out fishing. I saw her take U’dron’s raft and O’jek went with her.” I wiggle my eyebrows as I sip my tea. “Gonna get a little steamy on that raft if you ask me.”

Gail chuckles. “You think they made up, then? I thought they were fighting.”