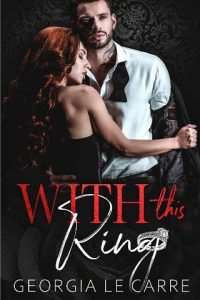 I looked up from the dirty vodka martini I was mixing.

“Monsieur Garlic-Cock wants you, darling," George said in his totally inimitable way, as he paused by the service station, a tray of ten cocktail glasses expertly balanced on the palm of his hand.

I could have asked him how he knew Monsieur Bisset’s cock smelled of garlic, but I just laughed at his sass, and said, "Tell him he knows where to find me.”

“There goes my tip,” George said sourly and sashayed away, a gorgeous smile on his lips.

I looked in the direction of the middle-aged French businessman. He raised his glass and nodded at me. Monsieur Bisset flew into town once a month and he usually ended up in our bar to celebrate his victories in the boardroom. His goal seemed to be female attention, usually mine, but he was not too fussy. After a certain point in the night an orifice to wet his cock was more than enough. Of course, being filthy rich he couldn't understand why I kept rejecting his advances. I told him I didn't need money once, and he took that to mean I was holding out for more. In his eyes, I was a lowly waitress who should be grateful that such a fine gentleman as him had looked my way.

I pushed the dirty martini over to Dan, the curly-haired American guy, sitting at the bar. He was a regular, a funny guy. He gave me a wink which I returned before I moved on to mixing the next drink on my order list.

"I see I'm not the only one after you," he commented.

"Would I be as desirable if you were?” I quipped.

"Fair enough," he agreed, taking a long sip of his drink. He put his glass on the bar and grinned at me. "Fuck, this tastes as good as I can only imagine you will."

I took the flirt in good stride. It was part of the job. You want to be a barmaid in an underground cocktail bar in Lower Manhattan, then you can’t be a paid-up member of the #metoo movement as well.

I reached up to the top shelves for a new bottle of rum. I needed it to make a Long Island Iced Tea. As I unscrewed the top I responded to Dan’s unwise remark. “If I ever do Dan, beware. It might end with me sucking you dry—”

He tapped the counter excitedly. “But that is exactly what I want!”

“With a sexual harassment lawsuit,” I dead-panned.

“I’ll take that too,” he said, after a brief contemplation.

My laughter rang across the bar.

"Just make it worth it," he joked.

I blew him a kiss, then delivered the Long Island to the amused, bearded man sitting next to him. He tipped his fedora to me, and I flashed him what I’d been told was my most electrifying smile. Julia came by then with a tray in hand, and passed on another message from Bisset. "He says there's a five-hundred-dollar tip waiting for you if you bring the drink to him yourself." She looked a bit jealous as she said it.

I shook my head to cover my irritation. "Tell him thanks, but my place is behind the bar."

The message was relayed and a few minutes later Monsieur Antoine Bisset himself, made his way over. "You have me wrapped around your little finger, haven’t you," he said, his accent thick with French charm and alcohol.

“No one has you wrapped around their little finger, Monsieur,” I say firmly. And that was no lie. I imagined him to be a man neither easily fooled nor manipulated.

He took his seat and watched me while I worked, until his ogling started to irritate me.

“What else will you have today, Monsieur?” I asked, with a big plastic smile.

He sucked in his breath. “You are a wild child, Freya.”

I waited patiently while he ran his gaze from the top of my fiery red hair, down to my chest, lingering there deliberately, then coming back up to my eyes.

“The usual,” he said finally, his eyes glittering.

I nodded and went to the locked cabinet to retrieve the $4,700 bottle of Louis XIII cognac that was kept specially for him.

I picked up one of the large glass goblets I’d been keeping warm on top of the coffee machine and poured a healthy amount of the ridiculously expensive drink into it. I swirled it to further warm the drink then, with the proper reverence for the price of the drink, placed the goblet on a coaster in front of him. “Should I send the bottle over to your table?”

“God no! It’d be wasted on those fools. Not one of them would know the difference between cooking brandy and one of the finest cognacs in the world,” he said. “I might take it with me on my way out. Perhaps it’ll be enough reason for you to stop by my hotel room and share a glass with me.” Without breaking eye contact, he slipped his usual hundred towards me.