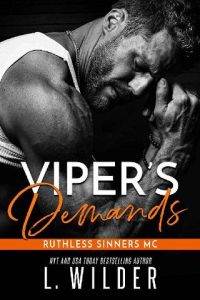 My brother, Camden, and I might’ve been twins, but we were complete opposites. I was all muscle and brawn with a fiery temper, while he was intelligent and athletic and had an irresistible charm that made him the legendary “boy next door.”

I was into the thrill of Talladega Speedway.

Camden was all about college football.

He was into the classics, especially our dad’s old Mustang. However, we had one thing in common—one thing that prevented us from fighting at every turn—our best friend and neighbor, Mia Richardson.

We were ten when Mia moved in next door, and from the second we laid eyes on her, we were both hooked. She was tall and slender with long, straight, jet-black hair and the bluest eyes either of us had ever seen, but it was her smile that knocked us both right on our asses.

I don’t know how it happened, but the three of us clicked in a way that didn’t make sense to anyone—not even us. I couldn’t explain it—at least not where anyone would really understand. Our lives were like an ultimate cheesy chick flick where the guy and girl were best friends and spent every waking moment together. There was lots of laughing and sappy, sentimental moments and senseless teenage fighting, lighthearted makeups, and everything in between.

That was us—except it wasn’t just one guy and one girl.

It was the three of us.

Mia, Camden, and me.

We were a disaster waiting to happen, but none of us seemed to notice or care.

Mia and I shared a few intimate moments—a drunken kiss or two, an admittance of feelings while under the influence; I was always hopeful that there’d be more between us but never pushed. I figured the same thing had happened between her and Camden.

I’d seen the way she looked at him and the way he looked at her. But we never talked about it. None of us did. One would’ve thought our mutual affection for the same woman could’ve driven a wedge between two brothers, but for some strange reason, it didn’t. It was as if she was the glue that held us together—until one decision destroyed everything we had.

Things started to change when we graduated high school.

Unlike Camden and Mia, I hadn’t enrolled in college or had a career mapped out for myself. In fact, I had no plan at all. On the other hand, my brother knew exactly what he wanted to do from start to finish, and I envied him for that.

I took some time to consider my options, and after a lengthy discussion with my father, he suggested that I join the military. At first, I thought he was crazy, but then I thought about Mia.

The way she looked at Camden was filled with intrigue and pride whenever he talked about becoming a lawyer. I wanted her to look at me like that. Not him.

The following day I took the ASVAB and the physical exam. When I met with the career counselor, I learned that I had scored high enough to enlist in not only the Army but every branch of the military and had various choices in careers—something I hadn’t expected after my experience in high school.

I waited until the last minute to tell Mia about my decision to join the Army, not because I was afraid she’d change my mind; I didn’t want her to worry about me during her last few days of summer break. I was helping her put her beach bag in the back of Camden’s car when I finally said, “I got somethin’ to tell ya.”

“The Army? Where is this coming from?”

“You and Camden both have your college thing. Figure it’s time for me to have something of my own.”

“You’ve never even mentioned joining the military before.”

“Doesn’t mean I haven’t been thinking about it.”

Mia studied me for a moment like she was searching for the right words but couldn’t find them. I had no idea what was going through that pretty little head of hers, but I knew it wasn’t good. She was freaking out, and I had no idea what to say to set her mind at ease. After several minutes, she finally muttered, “I want you to do what makes you happy, but I don’t like the idea of you going off to the military.”

“What do you expect me to do, Mia? Work at the hardware store for the rest of my life?”

“I don’t see why not. You like working there.”

I shook my head. “Yeah, but it doesn’t pay shit. I’ll never be able to afford—”

I was about to say something I feared I’d regret, so I quickly clamped my mouth shut and stared down at the laces on my boots. Mia stepped closer, and the tone in her voice gutted me as she whispered, “What will I do without you around? You’re the only one who keeps me sane.”