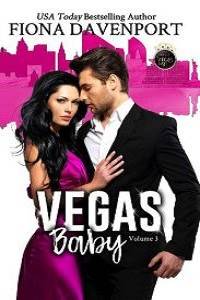 The moment magician Julian Storm saw Anna Chapel standing at the back of the theater during one of his rehearsals, he knew she was meant to be his. After spending a long month trying to hunt her down while she ran in the opposite direction, Julian resorted to kidnapping her off his stage during a disappearing act.

Anna had zero interest in celebrities…until she met Julian. The sexy magician refused to let her ignore the chemistry between them, and he was determined to show her that fame meant nothing compared to her love.

As an illusionist, magician, escape artist—or whatever people chose to call me—I often used the audience in my act. For this reason, the lights shining on the stage were carefully positioned so that they would not be blinding. Which meant I had a pretty clear view of the people filling the seats.

When my eyes swept over the crowd, they stopped on a woman seated on the left aisle of the orchestra section about twenty rows back from the stage. I would know her anywhere. Long and wavy brown hair, a curvy body with fantastic tits that I just knew would more than fill my hands, plump lips that begged for me to nibble them, a cute dimple in her chin, and though I couldn’t see them from this distance, I knew she possessed beautiful emerald green eyes. Anna Chapel.

I’d been drooling over Anna since she was hired as the assistant marketing director for the Lennox Hotel and Casino a month ago. Ever since I saw her standing with the owner, Drew, and his wife, Autumn, at the back of the theater during a rehearsal, one thought had been pinging around in my brain and thundering in my chest with every beat of my heart.

I couldn’t seem to hide my feelings whenever I was near her, and perhaps that was the reason she tried so hard to avoid me. Getting her alone so that I could convince her she was made for me was proving more difficult than I’d expected. Now, she was sitting in the audience at my show, and something inside me was whispering that this was my chance.

Suddenly, the man in the seat next to her leaned over and said something that made them both smile. Jealousy raged inside me, and it took everything I had in me not to rush down there and wipe that grin off his face. Anna’s smiles belonged to me. Not some douchebag with a five-dollar haircut and a cheap suit.

The professional in me kept me in check...just barely. I returned my focus to the show and the last part of the act. The plan was to perform an illusion where I was lowered into a tank of water, and after a few minutes of struggling, I would calmly walk through the glass sopping wet. Then I’d have my assistant bang on the glass with a sledgehammer to prove it was an intact piece of bulletproof glass. Finally, the glass would be lifted and the water would rush out, covering both of us, but after being hit with the wall of liquid, I was suddenly completely dry, and my assistant was drenched.

However, when my eyes strayed over to Anna once more, an idea sprang to life. It was perfect. I walked to the edge of the stage and swept my gaze over the crowd, drawing them in, something I’d always had a talent for. “As you probably know”—I smirked at the audience—“I have a reputation for my creativity and intricate shows.” I held up my hands in a surrender pose and winked at the audience. “Not being cocky, I swear. It’s the truth.” The audience snickered, and I gave them a bow with a dramatic flourish. “However, my love for magic started very young, with the basics, and sometimes, I wonder why nobody does the old tricks anymore.” I took a few steps backward as I spoke and signaled to one of my assistants, Amy, who was standing in the wings just off stage right. She trotted out, and I muted my mic while I explained what I wanted. Her brows rose, but she spun around and hurried off to fulfil my request. Giving the audience my attention once more, I said, “These tricks are simple but no less magical, and I think you guys are an audience who would appreciate them. Am I right?”

They clapped and whistled with enthusiasm. “How about a good, old-fashioned disappearing act?” I asked as Amy returned, pushing a tall, red, wooden box with two doors onto the stage. Since I was permanently based at the Lennox and had a long contract, I was able to accumulate all kinds of props and tricks, allowing me to have variety without worrying how I would lug it all to the next venue. I had been telling the truth about my love for the magic throughout history, and the disappearing box was actually an antique I’d acquired from the grandson of a long-retired magician.