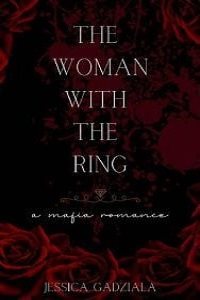 The olive oil spilled while I was preparing lunch. Generations of women before me would have seen it as a bad omen. I, however, just saw it as a minor inconvenience to be wiped away while I was already running late for work.

I should have heeded the warning, called out of work, ordered in a pint of salted caramel gelato, got back into my comfy pajamas, and spent the day watching movies.

I mean, who was to say that the exact same fate still wouldn’t have found me. In my room. In my bed. That may have even been even more traumatizing, having my comfort zone invaded.

I probably never would have given the olive oil a second thought if the day had gone like it was supposed to. Work, a short walk to the coffee shop, and then the subway back home.

It was the first thing I thought of, though, when hands came out of nowhere, one slapping over my mouth, and the other going around my waist, lifting me up and off my feet, leaving me peddling the air for a horrifying, soul-stopping moment before I found myself pushed toward a waiting black utility van. The kind without windows. And, I noticed with horror as I was shoved into it, padding glued up the walls. To muffle the sounds of screams. To prevent anyone from banging frantically on the metal to attract attention.

How many women had they snatched off the street to require them to outfit their vehicle for kidnapping?

“Just get in with her,” a man barked from the front seat. He was nothing but a black woolen hat and a puffer jacket to me. “You’re going to be seen,” he added. “If you cost us this job, I swear to God…” he went on as the man jumped inside the back with me, and slid the door closed.

That was more Bronx than Manhattan.

What the heck would a couple of guys from the Bronx come to Manhattan to kidnap a woman for? They had plenty of women in their own backyard.

I wasn’t going to let my mind go there.

I’d spent way too many hours of my life worrying needlessly that my family’s Family business would end up hurting me in some way. And it never did. So there was no reason to believe it would now.

Besides, the mafia didn’t deal in women. They left us out of it.

Or, at least, they always had in the past.

“Fucking Christ,” the man in the back with me growled, narrowly missing the heel of my shoe as I kicked out my legs.

I should have listened to my cousins when they’d encouraged me to take martial arts instead of dance. What the hell good did dance do for me? It certainly didn’t help me fight off a kidnapper, that was for sure.

The guy in the back with me was thoroughly average in the looks department. Dark hair, dark eyes, with a somewhat soft chin and a bit of scruff. I put him around five-ten and on the thin side, but still a lot stronger than me.

“Bitch,” he growled as my hand shot out, my fingernails scratching down his face.

“Just fuckin’ tie her up or somethin’,” the man from the front demanded. “We got a fuckin’ forty-minute drive. She’s gonna pop your eye out at this rate.”

“At least she’s not—“ the man with me started to say just as I sucked in a deep breath, harnessed my inner horror-movie-girl, and screamed at the top of my fucking lungs. “Shit,” he hissed, body dropping down on mine, straddling my chest, and slapping his hand over my mouth, fingers bruising in. “Shut the fuck up,” he growled in a tone that suggested he didn’t understand why I was making such a big fuss.

“Hold on. I think I got some duct tape, man,” the driver said, reaching over to rifle through his glove box, then tossing back a giant silver roll of tape.

I didn’t want to know why a man had a need to drive around with duct tape in his glove box. All I knew was it couldn’t be good, right?

The man on top of me dropped the tape down beside my head before lifting up one knee, using it to pin down one of my arms. And then the next. Until I was helpless to do anything but try to writhe around like a fish pulled from a line and tossed on the dock.

“Tell me when,” the man on me demanded to the driver who had slowed to a stop.

“Hold on. Let me turn down the side street,” the driver called. “Okay,” he said a moment later. “Get it done,” he added.

And just like that, the hand lifted from my mouth.

But before I could draw in a breath to scream again, duct tape was being taped across my mouth.