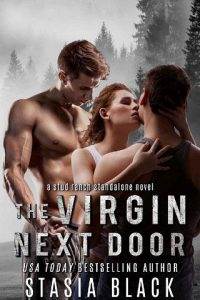 “The ugly duckling is a misunderstood universal myth. It's not about turning into a blonde Barbie doll or becoming what you dream of being; it's about self-revelation, becoming who you are."

Sometimes people needed to die. There was a certain kind of evil where there was nothing to do but to kill it.

Mackenzie ‘Mack’ Knight had learned this lesson early. He’d gotten a full ride academic scholarship to Harvard and hadn’t come home for Thanksgiving because he’d been busy studying for finals. But he’d finished his Philosophy term paper early. He wanted to make it home to surprise his mother on her birthday.

That was when he found her on the floor. Two black eyes and a broken nose.

When she wouldn’t give him a name, Mack tore through all her shit. Found her phone. Found the fucker’s name.

Mack tore out of the house. But not before grabbing his baseball bat.

Then he went and took care of evil.

The only thing he regretted when the police took him away in cuffs three hours later was that he hadn’t finished the job.

Liam slammed the hot blonde up against the back of the women’s restroom door after shutting and locking it.

He kissed her deep and ground his erection into her stomach unabashedly. After all, she was the one who pulled him into the bathroom after a short ten minutes of heavy flirting. If she wasn’t going to bother being subtle, well, why should he?

“You’re the hottest girl I’ve laid me eyes on.” Tonight anyway. He didn’t add that last part. A little flattery was expected with these things.

His hand roamed up from her waist to cup her breast. He paused when he felt how unnaturally firm they were. Like two hard little melons. Damn, even girls out here in the middle of nowhere got boob jobs? Was nothing sacred anymore?

But hey, boobs were boobs. Liam plucked at her nipples through the thin little nothing spandex tube top she was wearing.

Then she pulled back from him. “I want to blow you. Is that okay?”

Liam’s eyebrows went up. “Well, who am I to deny a beautiful woman when she wants what she wants?”

She giggled. “I love how fancy you talk.”

It never failed. His Irish accent got him almost as much tail here in America as being a famous playboy billionaire had back in Dublin.

She dropped to her knees right there on the restroom floor and reached for his pants. Liam leaned back against the door and crossed his hands behind his head. He couldn’t help smirking as her little hands fumbled with his belt and zipper.

He could help her, sure, but watching the show like this was more fun. Eventually she managed to get her greedy little hand in his slacks. She yanked out his cock.

Ow. “Gentle,” he hissed, his hands dropping to her bleach blonde hair.

She looked up at him through her eyelashes and smiled. “Sorry. I just want to taste you so bad. I didn’t mean to be rough. I’ve seen you at the bar before and I was always hoping we might…” She glanced down like she was bashful.

She had her hand on his knob, her lips an inch away from his crown and she was going to pretend to be shy now? Come the feck on.

Liam wanted to growl at her to shut up and get her mouth on his dick already. He stopped himself at the last second. An Irish accent would only get a lad so far.

And wasn’t the whole reason he’d taken this extended vacation to America because he was tired of everyone bowing and scraping at his feet no matter how he treated them? He was trying to learn how to be a decent human being for a change.

He put on his most charming smile, the one he knew brought out his dimples. The bettys went mad for dimples. “Well looking hot as fuck in that little red minidress was sure a good way to get me attention.”

She pulled his cock toward her mouth and gave a long, sloppy lick up the bottom side of his shaft. She repeated the action several times, licking him up and down. In a way that reminded him of a deer at a salt lick.

“Why don’t you suck me?” He put a little pressure on her head. “Pretend I’m your favorite flavored popsicle, yeah?”

“Am I getting you hot?” she asked, holding the base of his shaft and smiling up at him. Some of her lipstick had smeared onto her chin while she’d been licking at him. Liam had to fight to keep his cockstand.

“Yeah,” he said, less than enthusiastically. “So now why don’t you suck me in your mouth? That’ll get me even hotter.”