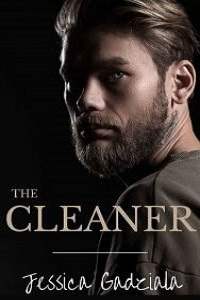 Pulling the headphones off, I rolled my neck as I watched the spinning of the progress wheel of the podcast, hoping it would go up more quickly than it had the last time, when I'd been getting dozens of messages and comments demanding to know why I wasn't posting that week when the video was an hour or so late.

With success came a lot of demands, it seemed.

I'd started the podcast, and the video recordings that went with it to upload to Youtube, only a year ago on a whim. I'd always been a true crime junkie, and I figured I would meet some cool people, would maybe even help find some key evidence in cold case files with them, bringing some closure to families that had been waiting too long.

And for a few months, I'd only gotten a handful of views, a few new social media follows, and a lot of trolling or disgustingly misogynistic comments.

Then, well, I don't know what happened. Some algorithm somewhere decided to start pushing me, and it all spiraled from there.

I had a million followers on my Youtube channel alone. And more podcast listens than I even kept track of anymore.

All I knew was, it was garnering enough of an income that it allowed me to quit my job, and focus on the recording and research full-time.

I couldn't have been more thrilled. I hadn't exactly been a very good bartender. I guess when you've watched one too many shows that started with a woman at a bar and a man with bad intentions, it put your creep-detector on overdrive.

I'd had pretty liberal bosses—ones I later found out were actual, legit loan sharks—but even they couldn't keep looking the other way when I accused at least two men a night of being sexual predators without any real evidence aside from my gut instincts. Then there was that one time I broke a pool cue over a guy's back for suggesting he would meet me in the bathroom the next time I went for "some fun."

To be fair, my bosses had laughed it off for well over a year, had maybe even encouraged it a time or two, but they could only get so many complaints before they came to me and suggested that possibly I didn't have the right temperament for customer service.

It's not that I don't like people. I did. That was why I devoted so much of my free time—and now did it as my actual job—in trying to bring missing people home, or get justice for the families of victims whose murderers were never found.

Maybe it was more that I cared about people as, you know, a concept. I liked them from afar. The second they got in my face, I started to get prickly. Alright, fine. I got downright hostile a lot of the time. Let's face it, especially toward those of the male persuasion.

It wasn't my fault they were so freaking obnoxious.

Equality and all that.

So, yeah, it was a good thing that the true crime thing took off for me, because I was never going to make it long-term in any sort of job that required me to interact on a daily basis with fellow human beings. Especially if the job also required me being even halfway civil to them.

I still dealt with people, of course. Arguably, more than ever before. And, yes, because they got to hide behind their screens, their comments got even uglier.

But that was why I created my "Dickhead of the Week" live show where I did a little keyboard investigating, and figured out who the actual people were behind the screen names of accounts that threatened to violently rape and murder me on a daily basis, and sic my audience on them.

Let's just say, the "Chads" really didn't like when they had to be held accountable for their actions. And the threats got slightly more infrequent.

Eventually, you just have to adopt a "don't scroll" mindset about the comments on your posts, knowing it was going to be the wild west there, and that sometimes even fake bullets shot from insecure guns could sting. And make you double and triple check your locks at night. And scroll your local humane shelter's website for a big ol' softie that looked like he'd seen some shit, and would rip an attacker's throat out if necessary. So far, I'd narrowed it down to three, and was just waiting for them to approve my application, so I could go and meet one of them.