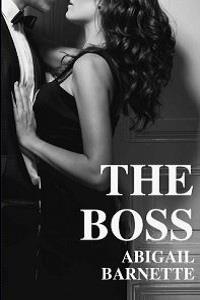 There are days that just feel off, and you don’t know why until something momentous happens. Then you look back on your morning— on the coffee you spilled on your ghost white Yamamoto jacket, the persistent smell of garlic from the break room fridge, the lipstick you had on your teeth while you flirted with the breakfast guy— and it all makes perfect sense.

I was having one of those days.

For the past year and a half, every day of my life has been a roller coaster, so I’m usually ready for anything. As the first assistant to Gabriella Winters, Editor-in-Chief of Porteras magazine, I spend company time doing anything from ogling male models at a Calvin Klein underwear shoot, to taking a chronically constipated Yorkie to his monthly colonic. It’s certainly not how I envisioned my career in the fashion industry, but I’d like to think I’m starting to get a handle on things.

This morning, I reported at eight-o’-clock as usual. On my way I picked up Gabriella’s breakfast, an egg white omelet and Nova Scotia salmon from Barney Greengrass— made specially for her before opening every day except Fridays, when she fasts— and grabbed coffee for myself and Penelope, the second assistant. I came back to the office, set out the breakfast on Gabriella’s preferred Waterford china, and ahead of her projected 8:15 arrival, emailed a copy of her schedule to all pertinent office staff. I thought things were going pretty well so far when I noticed it was 8:12, and hadn’t yet heard a peep from Gabriella.

That was really strange. I usually would have received a breezy, borderline rude phone call from her by now, demanding something seemingly impossible. I slumped into my office chair, took a sip from my still scalding latte and choked, bubbling a bit over my lips and down the front of my jacket.

At least you got the drama over early today, I thought, shaking my head as I dabbed the stain.

Oh, I wish I had been right.

When Gabriella’s car didn’t arrive by 8:30, I started to get worried. When I called her phone and couldn’t leave a message because her voicemail was completely full, I panicked. I buzzed Jake, one of the editors on the floor. While his line rang, I looked out the tall glass doors. I couldn’t see the outer office from my desk, just Ivanka in reception, drumming her fingertips and shooting worried glances at the elevators. The glare from the fluorescents showed me the faint shadow of my own reflection, all dark hair and pale skin and what looked like two black voids for eyes. Creepy.

“Jake,” he answered, and I jumped. His tone was short, and I could immediately imagine the look of worry on his face. His big blue eyes would be wide, and he’d probably be leaning one tattooed elbow on his desk, a hand buried in his sandy hair as he hunched over his laptop.

“Do you know what’s going on this morning?” I asked, rising to venture to Gabriella’s gleaming lacquered desk. There was a fingerprint beside the leather blotter, which I rubbed away with my sleeve. “Everyone is acting really weird.”

“It’s not good, Soph. We’re still waiting for confirmation from Bob, but it looks like Gabriella is out.”

“Out where?” I squirted some hand sanitizer into my palm. As soon as it absorbed, I hovered my hand over the rapidly cooling omelet to check the temperature. Gabriella hated microwaved food almost as much as she hated germs.

This is fixable. You call Barney Greengrass and ask them to remake the omelet. Penelope can pick it up on her way in if you catch her right now—

A record scratched somewhere in my brain, jarring me back to what Jake had said. “What?”

Jake hadn’t caught on to my disbelief. “I don’t know the details. But I think it’s safe to say, Gabriella won’t be coming back.” He paused, and I could hear his irritation, not with me, but with every facet of this day, in his noisy exhale. “I have to go.”

After I hung up, I wandered around the office a bit. Gabriella was... fired? Did that mean I was fired? Should I start looking for a job?

I sat on the floor beside Gabriella’s desk and reached up for the china plate. I stared disconsolately at the weave of the low-pile carpet as I ate the expensive imported salmon my boss wouldn’t be enjoying this morning. Oh shit, I paid for the fish on my credit card. They would reimburse me for that, right? I didn’t know she was fired when I picked it up.

I mentally calculated everything I hadn’t bothered to get reimbursed for this month. The only way Gabriella was out was if the magazine was folding, so would they be able to pay me? There was no way Porteras could run without her. She was like the single support structure in a badly built house or something.