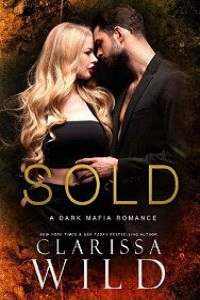 I punch the bag as hard as I can, over and over again, until my hands feel numb and my bandage begins to peel. I don’t ever go slow or easy, not even on myself. No attacker would either, so I have to train to make sure I’ll survive. To ensure I’ll win.

Most people wouldn’t push themselves as hard as I have, but someone with my history has no choice. My parents died because they weren’t able to defend themselves … I was there, and I couldn’t do anything to protect them.

I won’t ever let that happen to me again.

Sweat drops roll down my forehead as I punch the bag a few more times. I don’t mind breaking out a little sweat to get the point across. Here at HIIT Hard Tactical, people know I don’t mess around. The new recruits like watching me train because it gives them an idea of what to expect, of what they’re going to learn while they study here. I train volunteers to defend themselves, so I have to keep up my own strength and abilities as well. We teach them not only to defend themselves but also how to free themselves from dire situations. So that not only includes using your fists but also learning how to shoot and pick a lock, in case someone tries to keep you captive.

There’s nothing us women don’t have to prepare for. Unfortunately, this is the world we live in, but I am prepared.

I smack the bag again and blow out a breath.

“It’s great to watch you train,” one of the newbies says.

“Thanks,” I reply. “I’m only here to give an example, but we won’t expect new volunteers to hit so hard straight off the bat. Go slow. Take your time. There’s no rush to learn it all, and there will be plenty more opportunities.”

“I’d love to learn that lock-picking skill as well as you do. You made it look so easy last time.”

“Oh, it’s no big deal once you get the hang of it,” I say. “You just gotta have the right tool and the patience to deal with whatever is in your way.” I pat her shoulder. “You’ll get there. When I first came here, I couldn’t even fend for myself. But look where a few months gets you.” She smiles, and I return it, wanting her to feel comfortable in the group.

“Um, excuse me, Harper?” I look up at the receptionist, trying to grab my attention.

“Yes?” I say. “Sorry, please continue without me,” I tell the trainee, and I walk toward the receptionist. “What is it?”

She glances at the lobby. “There’s a man here to see you.”

My throat clamps up, and it feels as though my heart stopped for a second.

“Right, thank you.” I give her a polite smile, which immediately disappears the moment I move into the lobby to meet this guy.

His gray coat gives his identity away.

“Yes, well, I thought this was easier.”

“How did you know where I was?” I whisper.

“Right.” I avert my eyes. I should’ve known he’d look into me too. Still, this is my workplace, and I’d rather they not know what I’m plotting. “Can we not talk so loudly, please? I don’t want anyone to know.”

He clutches his coat tightly. “Look, I’ve done what you asked me, but that’s it. I’m not going one step closer to these guys.” He fiddles underneath his coat and pulls out a thin collection of papers, handing them to me quietly while looking around as though worried someone’s watching us.

I gaze at the stack and flip through them, but it’s not nearly enough to do anything with. “What, that’s it?” He’s just like all the others I’ve hired over the years in my hunt for answers. None of them ever get close enough to give me more details.

I can’t answer because I don’t want to lie.

I’ve been trying to find my parents’ killers, and it has led me to places and people I never knew even existed.

The man still looks at me like I’ve lost my mind. “Whatever you’re trying to do here, don’t. You don’t know who you’re messing with.”

I’ve already paid him so much, but I’m willing to spend my entire life’s savings to find out the truth.

The man stops in his tracks and turns to face me. “I don’t care. I’m not about to risk my life like that. Not for any sum of money.” He takes a deep breath and points at me. “And I suggest you stay away too.”