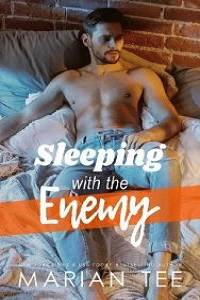 If someone told me in the past that my oh-so-rigid uncle would make headlines for devirginizing his soon-to-be wife, I'd have totally died laughing.

Or call 911 to have that person receive psychiatric help, a.s.a.p.

It's not that I'm holding grudges, but it's also hard not to remember just how much grief Uncle Nicolaas indirectly gave me when he found out I was dating his friend from college. Slater and I even broke up because Uncle Nic made him think I was too young for him. Thankfully, my darling billionaire has seen reason since then, and while Uncle Nic and I have also patched things up, well...

This is payback, you know?

Uncle Nic has always had strong views about weddings and marriages. He think it's all crap, and he's always said that if he ever had to marry someone, it would be a woman he'd be able to completely order around.

Instead, however, he ended up with someone like Francesca, an erotica author who's lots of fun...and extremely unpredictable. Despite being the exact opposite of my uncle's ideal girl, Francesca has somehow managed to make Uncle Nic fall head over heels for her...and do things that were completely out of character for him.

Uncle Nic's so set in his ways that he has a schedule for everything. And when I say everything, I'm talking about having a schedule for toilet breaks, phone calls with his own mom, and even when to take his date to bed!

He's that rigid, and yet from what I've heard...

Not only was Uncle Nic the one to make the first move on Francesca during a company event, but he also had no qualms having sex with her at one of her work events.

I was totally shocked when I learned about this, but since then I've gleefully used it to tease my uncle for eating his own words. Karma was real, karma was delish, but...

I just hate that karma could also have unintended casualties, and in this case Uncle Nic's happy-ever-after with Francesca ended up hurting my friend Zee.

Since Zee's older brother is best friends with Uncle Nic, the four of us have known each other since way, way back. Zee even used to tutor me for a couple of years, and although I didn't know it then, Zee apparently has been crushing on Uncle Nic since she was twelve.

Zee is like the big sister I've never had, and it just kills me every time I see how much she's struggling to hide her pain whenever she's around Uncle Nic and Francesca.

I wish there's something I could do to help her, but—-

"You're thinking about Zee again, aren't you?"

My husband's voice breaks into my thoughts, and I can only wince when I see the exasperation in Slater's gaze.

"Remember what your doctor told you," he says chidingly. "Worrying and stressing yourself out isn't good for the baby."

I reach for his hand and press a soft kiss to his knuckles. "That's the last time, I promise."

He pulls me close, and my eyelids fall shut as his mouth takes mine in a kiss that's equal parts rough and sweet, and just so, so hot that by the time my husband lifts his head I'm panting with desire.

"Slater..." I look at him pleadingly, and my husband groans.

A moment later, he has the privacy window sliding up to keep our driver from seeing us, and then...aaaaah.

He sinks to his knees, parts my legs wide open, and slowly pulls my panties down to curl around one ankle.

My inner folds start to swell and ache at the way my husband is gazing hungrily at my bare pussy, and I'm unable to stop myself from writhing on the backseat.

My husband chuckles, and the sound is so devilish it makes my toes curl hard.

"Tell me what you want," he whispers.

I can feel myself getting hotter and wetter at what he's asking, but even so I still hear myself pant out—-

His head disappears under the frilly skirt of my dress, and I can only cry out as I feel the first thrust of his tongue inside my pussy.

He eats me again and again, that by the time we finally reach the hotel where Uncle Nic and Francesca will be having their wedding, I am so completely spent Slater has to carry me out of the limousine.

A throng of reporters instantly swarm towards us, and when one of them asks in a yell if I'm having morning sickness, I hear my husband drawl, "I think what you mean to say is morning sex. Which we had. Because I can't get enough of my beautiful wife."

Slater used to be as much of a cold fish as my Uncle Nic, but because our breakup had been a rather public mess, he now has this thing about wanting me (and the rest of the world) to know how proud he was of our relationship at all times.