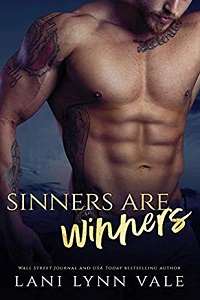 Sometimes an entire fucking cake is exactly what you need.

“Come on, hurry up,” I rushed my sister. “We’re going to miss the first pitch.”

“I don’t even know why you made me come to this,” she muttered.

Ares loved the Longview Lumberjacks, who were playing today. But she despised the other team—mainly her ex-boyfriend turned professional baseball player, Ryan McMillan.

I’d once liked Ryan, thinking he was a great guy and perfect for my sister. Then he’d gotten a big head while in college, which had turned into an even bigger head when he was picked up by the minor league team for the Devil Rays.

Needless to say, I was clearly feeling the same afflictions that Ares was feeling.

On one hand, I would’ve loved—loved—to go to this game by myself. But I knew, despite seeing Ryan, she’d have a great time.

I think a lot of Ares’ reluctance stemmed from the fact that we had front row seats, right behind the plate. That would mean that Ryan would have no choice but to look at her.

And I knew that he’d see her.

My eyes were now so focused on our seats that when she turned around, I nearly went sailing straight down the steps and straight onto my face.

Luckily, my sister broke my fall.

“Jesus Christ,” Ares said. “I said I was hurrying.”

Ares had on a pair of high heels that made her legs look like they came up to her neck. And since she didn’t wear high heels all that often, she was having trouble walking in them.

Again, the heels were for Ryan’s benefit.

Ares huffed something underneath her breath and went back to walking—awfully, might I add—and by the time we arrived at our seats the first two outs had been made.

I watched her the entire time I walked, and the closer I got, the more my heart started to pound.

She was sitting in her chair, her feet up in the seat and her arms around her upraised knees, and her eyes were now straight ahead, watching the game.

She was beautiful—at least what I could see of her seeing as she was in a protective ball.

She had long, curly black hair that was in a wild disarray all around her shoulders. It cascaded down her back and into the seat. It was also falling behind the seat and tangling with the woman’s sandals in the seat behind her.

Not that that woman noticed seeing as she had the largest glass of beer that the ballpark sold—and it was halfway gone.

Ares went in first, and that was when I realized that I would be sitting next to the woman I couldn’t stop staring at.

I didn’t notice anyone or anything around me.

Instead, I focused solely on her as I made my way to my seat behind my slow as fuck sister.

“Excuse me,” Ares said to the man beside the woman.

The man leered at Ares, and I instantly decided to hate him.

Was he with the woman?

I hoped not, seeing as he was currently staring at Ares’ crotch as if he wanted to touch it.

If he so much as lifted his fingers, I was going to throat punch him.

Luckily, Ares was able to pass by without getting molested and take her seat.

I was right behind her, sliding past him.

And the moment I got directly in front of the woman, our eyes met and held.

Her eyes were the color of root beer.

A deep, earthy brown with brilliant shades of tan and gold, making them appear almost to glow.

I found myself thinking that I really hated root beer, but I loved the woman’s eyes.

“Are you ever going to fuckin’ sit?” the guy that had leered at my sister asked.

But I was blaming that on the fact that the woman had captured me with her gaze and wouldn’t let me go.

At the man’s words, she did end up breaking the eye contact, but I felt like a piece of my soul had been taken right along with her gaze.

In half a second, I took in the rest of her appearance.

She had on short jean shorts that I could barely see due to her position, red and white Chucks that looked comfortable and worn, but still clean.

And she had a red t-shirt on that made the black curls that flowed around her face seem to pop in color.

She also had freckles on her nose and across her cheekbones right under her eyes that were the cutest thing I’d ever seen.

I quickly found my seat and looked at where she was scowling, seeing Ryan on deck.