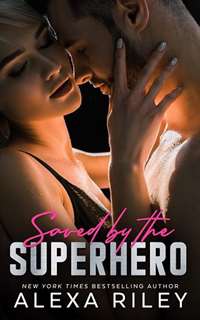 Elsy Harbor’s best friend Keaton has always been something more. But when they finally have their first kiss, everything goes terribly wrong.
After an accident in his father’s lab, Keaton Lone locked himself away. It’s been years, but he never stopped watching and waiting for the day he could have Elsy. Finally, the wait it over.

Warning: Did we write a superhero book with double V’s and a villain set to destroy the world? Of course we did!

“Key.” I roll my eyes at him as I win this round of chess.

“What? You played well.” He tries to praise me, but I’m not hearing it.

“You’re so full of crap.” Keaton and I both go to the same boarding school. We’ve been called gifted since the two of us are smarter than most kids our age. Keaton is more than that; he’s brilliant. Even at the age of fifteen, I realize that. “If you don’t actually try, I’ll never learn. Although it’s not like I’ll ever beat you.”

I don’t know what it is about Keaton that drew me to him so strongly, but I know one of the things I love most about him is how smart he is. He never tries to boast about it, either. If anything, he downplays his abilities, which is kind of hard when you’re a Lone. That name is known all around the world for its advances in technology.

“You want to know your weakness when we play?” he offers. His head tilts forward, and some of his dark shaggy hair falls into his face. His mom hates when his hair is long, but I like it, and I think that’s why he always lets it go until he has no choice but to cut it.

“Of course, then I can beat the other guys at school and drive them crazy.”

“You don’t need to play with other guys.” His brows furrow, something he does when he’s either annoyed or in thought.

“Out with it. Tell me my weaknesses.” I turn him back to the point at hand.

“Not weaknesses,” he corrects.

“Key, everyone has them, and there is nothing wrong with admitting that. Knowing them is how you learn and prepare,” I point out. I think he knows this, but he doesn’t want me thinking he’s calling me dumb. “You’re teaching me.”

“The queen.” He picks up the piece from the board. We’re playing on the one in the study since it’s where we usually hang out.

I’ve noticed Keaton’s parents keep a closer eye on us now that we’re older. I’ve been coming over to play since we were kids after we met in second grade. I’d been so scared that first day of school. After I got thrust into the foster system, many had taken notice that I was more advanced than the other children around me. That’s when I was placed with the Walkers. They’re an older couple but alumni of the private school. They’re pretty cool people, but they’ve both retired and are old enough to be my grandparents. It’s not exactly exciting at home.

They never had kids of their own, but Richard was mayor at one point, and his wife Jennifer was a hotshot lawyer back in the day. I think the window passed for kids or maybe they’d never thought about it until it was too late. It wasn't until last year that I put together that the library of our school was named after them.

“What about her?” I take the queen from his hand.

“The object of the game might be to capture the king, but the queen is the most powerful on the board. You must use her, but in a way that always protects her. Without her, the king will fall.”

I stare into Keaton's dark blue eyes, knowing his words always mean more than what he’s saying. “You believe that? A king will fall without his queen?”

“And will you have a queen one day?” I tilt my head, watching him, and his eyes narrow on me. He’s always watched me ever so closely, but lately, his eyes find their way to my mouth. I lick my lips.

“Of course.” He says it so matter-of-factly.

“How do you know?” I raise my chin in defiance.

I have no jealousy when it comes to my Keaton. Not with Lexi, who is always trying to sit with him at lunch. Not with Nelly, who pretends to be dumb to ask him questions in calculus. I know Keaton is talking about me being his queen. He’s never given me a reason to feel jealous.

Whatever we are or are going to be feels destined. It’s been written in the stars even if neither of us has spoken it out loud. We know, but for some reason today I want to hear it.

“Don’t play dumb. We both know you’re better than that.” He smirks, and I glare back. “You’re mine, Elsy.”