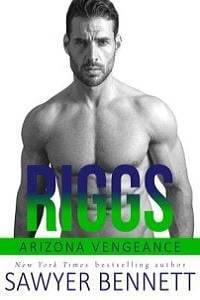 “Think you can paste some type of smile on your face?” I mutter to my sister as we walk around the massive and fantastically decorated mansion where Dominik Carlson is holding his Arizona Vengeance Christmas party.

I don’t want to be here any more than Janelle does, but I’ve been told repeatedly by my teammates, coaches, and other support staff that I need to make more of an effort to be part of this team on a personal level. That means attending annual Christmas parties, and because Dominik likes to lavish the kids with gifts, it means family members must come too. Of course, it was a war getting Janelle to agree.

I’m frustrated with her, and I simply don’t know what to do anymore. Janelle today—my beautiful, smart, once funny and outgoing sister—is not the same girl I knew before she came to live with me almost six months ago. Of course, I can’t say I knew her all that well, given our age difference of eleven years. I’d been gone from the house since I was sixteen and she was five.

But over the years, we kept in contact. At first, it was just phone calls from me to her. As she got bigger, it was letters and more phone calls. When it was age appropriate, I bought her a phone because my mom couldn’t afford to, and it was more calls and texts. There were sporadic visits through my teen years and college, and once I hit the NHL, I took her on a vacation every summer. Not a lot of in-person time together, but years of talking to each other quite a bit.

I felt as close to her as any brother could, given the way we were raised, the circumstances that pulled us apart, and the barriers between us as we tried to forge a relationship.

Almost six months ago, I pulled her out of a dangerous situation with no hesitation on my part, and she wanted to come with me. She was thankful for it, and I could tell she would have suffered greatly had I not swept in to rescue her. But over the months as she’s tried to adjust to living with me—while I adjust to the new team I got traded to—she’s become sullen and withdrawn, sometimes downright bratty. Actually, I’m not sure if bratty is the word to use for a seventeen, almost eighteen-year-old woman who is asserting her independence and dealing with huge upheaval in her life, but emotions are driving her.

Which is why I usually cut her slack and let her win any arguments.

But not tonight. We had an extreme butting of heads over this party. And there’s no doubt we’re related—half siblings—but related all the same. Both of us have tempers and a distinct lack of control over what comes out of our mouths at times. She didn’t want to come. I needed her to because I’m getting pressure to engage more personally. This is a family event, and it would be spotlighted if I showed up without her.

There came a point in the exchange when she said, “I would rather go back and live with Mom. I was much happier.”

I wanted to grab her and throttle her, but ironically—because I’m a defenseman who loves to fight—I can’t stand violence off the ice.

Of course, I’d never lay a hand on the only person in this world who has the biggest chunk of my heart, but it didn’t prevent me from leaning in close and growling, “Now that’s a fucking lie.”

I have no issues dropping the f-bomb in front of my seventeen-year-old sister. We’d grown up in a household where the word fuck was an average part of conversation among the adults in our life.

Unfazed by my curse, Janelle swallowed hard over me calling out her dishonesty. We both know living with our mother and the untenable situation she put Janelle in had my little sister suffering some very dark thoughts. There wasn’t an ounce of happiness in her when I went to get her.

To cut to the chase, I gave her a choice. She could come to the party, or lose her allowance for the next four weeks.

Janelle chose the party, cursing under her breath, but given our upbringing and what she’s been through recently, she can cuss all she wants. She picked out a pretty red dress with black boots. I chose a pair of gray dress slacks and a white dress shirt, but that’s only because I have very little fashion sense and most of my clothes are gray, black, or white.

Janelle and I eventually find our way to a relatively unused space in the main family room and watch the action. Neither of us dare venture forth to join the clusters of people standing around eating fancy canapés and sipping champagne. It’s painful to be part of this team yet not be a part at all.