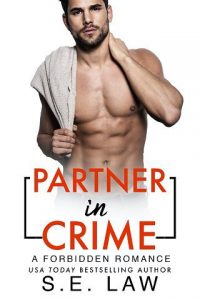 I check my watch again. The movie is starting in fifteen minutes and I’m still waiting for my boyfriend and our friends to show up. We’re all supposed to meet in front of the Majesty Theater, but it looks like I got here first, and no one else has made an appearance yet.

That’s okay though because the Majesty is my favorite place to go to the movies in Atlantic City. It has a classic theatre feel that makes the silver screen that much better. Even from the outside, the Majesty melds the past and future into one with its giant, old-school marquee, along with a very modern ticket booth where the latest movie times scroll along in big block letters. I love having the convenience and ingenuity of the present, especially when it’s paired with the romance of the past.

Plus, these days movie theaters let you pick your seats before you go in. My boyfriend Carl knows that I like to get in early to get a good chair for the previews but he isn’t exactly a very thoughtful guy. More than once, he’s shown up at the very last minute, and we had to take less-than-optimal seats in the first row where your head tilts back so far that it basically rests on the chair back. I was kind of mad those times, but was Carl apologetic? No.

Even worse, we probably won’t even have time to grab popcorn before the movie starts tonight, and I adore movie theater popcorn. I love how it’s hot and fresh, and I generally douse my bags with warm, gooey butter, not to mention a few good shakes of salt.

Ugh. I’m so mad just thinking of it. I know I should tell Carl I’m sick of the way he dismisses my concerns with a shrug, and it isn’t just the movies. It’s pretty much everything. In our relationship, things are pretty much Carl’s way or the highway. Still, I let him get away with being a half-assed boyfriend because he’s really handsome and gorgeous, and a ton of girls would give their right hands to be me.

After all, Carl is the perfect guy, physically speaking. He has classic good looks with blonde hair and blue eyes reminiscent of a clear sunny day, and he’s athletic so his body is lean and muscular. There’s no doubt he could get any girl he wants, so it’s crazy that he’s dating me because I’m the opposite of perfect. My hair is brown and wild with unruly curls, and I have matching mud-brown eyes. To top it off, I’m short and curvy and I like to eat so much that my stomach and thighs are soft and thick, and decidedly untoned. As a result, I put up with a lot from Carl because I know I’m lucky he’s dating me at all.

Another five minutes passes and my foot taps on the sidewalk impatiently. I’m about to call Carl when he finally strolls up with our friends Carol, Danny, and Cindy. All of us work together at the Wilshire Hotel. Carl is a golf pro, and Cindy is a receptionist like me, although we don’t know each other well. Carol and Danny work in the restaurant and are all around nice people. Carol even sneaks treats out to the front desk for me from time to time when she’s on a break. She’s my favorite in our group of friends.

I wave to them, and groan when they take their sweet time meandering over to meet me. I’m practically jumping with nerves while gesturing furiously. “Guys, the movie starts in ten minutes,” I call. “We’ve got to hurry! Come on!”

Carl rolls his eyes at me. “You know the movie never starts on time, Jemima. Calm your tits.”

I cross my arms and glare at him. “Well, all the good seats are probably gone now. We better get in there or we might not find a place to sit together.”

“What movie are we seeing anyway?” she asks.

It takes every ounce of willpower not to roll my eyes. We’ve only discussed the movie we’ll be watching a million times over our latest group text. Then again, Cindy didn’t want to see a horror film, so I’m sure she’s being intentionally dense. I look at Carl hoping he’ll back me up, but his focus seems to be on Cindy’s large chest, which is being shown off to the max in a tight white sweater.

I grind my teeth and flex my fingers so I don’t leap up with rage and slap Carl or Cindy. Maybe both. That would be nice, wouldn’t it? With a fake smile I look at Cindy and say, “We’re seeing Monsters and Angels. You know, Tom Hanks’s latest? It’s supposed to be really good. Now, come on.”