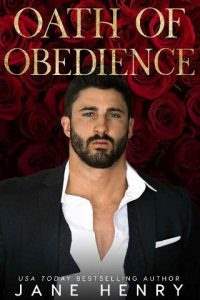 “My stars shine darkly over me.” ~ Twelfth Night, Shakespeare

I wake up at the crack of dawn. No one tells me what to do, most especially the roll call asshole who clangs an alarm at six in the morning. So my eyes snap open at five, every morning.

My roommate snores gently, but it doesn’t bother me. I grew up with so many brothers and sisters, you just sort of ignore noises over time. They fade into the background like so much else. White noise.

There's a small window in here, a cell I earned for good behavior. The other cells are windowless when you’re not locked into solitary.

I push myself out of bed, slide down the bunk, and hit the floor. Nothing like waking the body up with a morning plank. I drop into plank position, forearms on the floor, abs tight, welcoming the burn in my muscles. Give myself thirty seconds to rest the abs before I’m up again, pushing myself to the point of muscle fatigue. I’m panting and sweating by the time I’m done. I stand, stretch, then hit the floor for push-ups.

“When I get out of this hellhole, remind me to have you on speed dial, bro,” Dario says, rolling over. He props himself up on one elbow and smiles, the flash of white against pink lips the only thing I see in the dark.

“Oh yeah? You startin’ up a fuckin’ bromance?” I say, panting, in between reps.

Dario chuckles and talks through a yawn. “Fuck that. You know if I wanted a bromance, would’ve hit on you when you were fresh outta the damn shower, not all sweaty and shit.”

I smile but don’t reply, my breath coming in short gasps, my muscles straining with the effort of doing push-ups. Last I checked, I hit a deuce and a half on the health office scale. Bulked up on purpose, but it’s not easy to fucking push two hundred fifty pounds up, especially before I’ve had my coffee. You make do in a small cell, though. I’ve worked my body hard since I’ve been in here, and I won’t stop.

Roll call comes and goes before the pay phone comes by, wheeled on a cart.

The corrections officer shoves the call cart to me. I hear a murmur of voices from the next cell over and somebody mutters my name. Gotta be a new guy. Everyone else knows who the fuck I am.

“Don’t need a call today,” I tell him, turning my back on it before I grab the makeshift pull-up bar for another set of reps. He clears his throat. I ignore him.

“Nah, man. Incoming. Might ‘make’ that call today if I were you,” he says.

I pull up and feel the lengthening of muscles in my abs and back and welcome it.

He runs a hand through his hair, and I drop to the floor. I give him a sharp look. He knows something.

He takes a step back.

Good. Haven’t lost my fuckin’ touch in here. It’s better for me when a look works as well as a fist.

The officer’s young, thin, and ready to shit his pants. Never understood why guys like him didn’t pick another fucking job. Why corrections officer? Why voluntarily put yourself into a prison with inmates that scare you shitless?

I take the phone, and he flinches. I sigh. “Bronson. Leave, man. Go cook some fuckin’ books, will ya? They pay better than this hellhole, and you’d sleep better at night.” I shake my head and pick up the phone. Dario chuckles behind me.

I get a little knot in my throat when I hear Romeo. He’d been in Tuscany on business until last night. I’ve missed my older brother’s voice.

“Got a surprise for you, Orlando.”

I release a breath and run my fingers through my short, cropped hair. “Yeah? What’s that?”

“Now if I tell you, wouldn’t be a surprise, would it?”

I smile, warming at the sound of his voice, the familiarity of talking with him. Fuck, I miss my family. “Guess not.”

“Be on the lookout, man. Around lunchtime.”

He chuckles, and I hear the whisper of a female voice in the background. Vittoria, his wife.

“Tell Vittoria I say hello. Any bambinos coming yet, man?”

I groan. “Rub it in, why don’t you?” Still, I feel sorry for him. Rossi family tradition tells us that children are a king’s crown jewels, and that life is incomplete without little ones running around underfoot. Some might even say the Rossi family views children as a commodity, and it’s why my mother had so many.

I have other views, though. I think we helped her to not feel so lonely. Hell, maybe we still do.

Jesus, I miss them, all of them, even pain-in-the-ass Mario and bossy Rosa. Marialena, I miss most of all. My baby sister and I were always close and have grown even closer since my father’s passing.