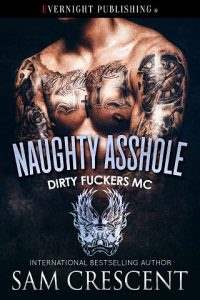 “I’m a homewrecker,” Teri said, throwing her head back with a sob.

Damon had been listening to the same words in one shape or form for the last hour. Staring at Teri, he wanted to do anything he could to comfort her, to offer some words of wisdom, but there were none.

There was no point telling her she was or she wasn’t.

The path Teri talked about involved herself, Dane, and Dane’s wife Lucy, who had happened to move on.

Damon rubbed at his temples. Just attempting to think about their whole drama was enough to give him a headache. The basic rundown was Dane slept with Teri while still married to Lucy, and Teri didn’t know. When Teri found out, she was devastated, and then of course got drunk, slept with him a second time, and well, it was that whole fool-me-once-shame-on-you and all that crap.

Lucy had since moved on with another relationship, and after Dane had reappeared after being gone for so long, everyone had moved on, apart from Teri. Lucy lived on a ranch with their two youngest children, while Ryan, their eldest, lived with Dane as he was having a hard time throughout his teenage years.

Damon could understand it. A dad’s disappearance for a couple of years, then reappearance, a divorce, and lots of blame could wreak havoc with any kind of kid.

Teri knocked back another shot, wiping at her eyes.

She looked different. Dyed red hair she’d cut to just above her shoulders, and she wore makeup, which he couldn’t recall seeing her wearing much. They sat in the diner the brothers had gotten for her. She’d moved with them to Greater Falls after they were responsible for trashing her other place of work and losing her a job.

Now she had a much more successful diner and even though it was partly owned by the Dirty Fuckers MC, none of the locals had a problem coming to enjoy the delicious food she made.

“If I’d known we were going to have a pity party, I’d have gone and hung out with Dane,” he said.

Teri shot him a glare. “Then go and hang out with him. See if I care.”

“What brought all this on again?” he asked, leaning forward. “I thought you’d moved past this.”

“I have no right to move past anything.”

He rolled his eyes. She was having a bad night. “Are you on your period?”

She wrinkled her nose. “Seriously? I’m feeling rather emotional and tender right now, and you put it down to my monthly flow?”

“There’s no other reason for this. I get it. You have a ton of guilt when it comes to the whole Dane drama, but Lucy isn’t holding it against you. Why are you being a pain in the ass over this? There’s no reason to be.”

“But what if they would have still been married?” Teri asked. “What if they could have enjoyed a happy ending to their relationship and I took all that away? I don’t want to be the one responsible for it.” Her shoulders slumped.

“You can’t do anything to change that now.”

She jerked up, sitting on high alert. “But what if I can?”

He shouldn’t help her with this, but his curiosity would be the death of him. “What if you can what?”

“Bring Lucy and Dane back together. That would fix everything, right? I have absolutely no feelings for him. I know that. But if you look at Lucy and Dane, I think I can make it work.” She clapped her hands together as if in excitement, and Damon couldn’t help but wince. Teri pulled out her cell phone and he quickly grabbed it.

“No. What you need to do is go to bed to sleep. To let this all wear off.”

Teri shook her head. “No. I can’t do that. If I can make those people happy again, I’m going to do it. I need to do it.” She folded her arms, looking so incredibly cute and stubborn at the same time. “You can’t make me. This is amazing.”

“What about Lewis?” he asked. Lewis was the wonderful ranch owner who had fallen in love with Lucy hard. He adored her kids and had only wanted to make everything work out with Dane. Lewis was much better for Lucy than Dane ever was.

“So, I will find someone for him too. Maybe my sister. Crap, she’s taken. She is happily married.” She pursed her lips. “Ah, Anna, she has a kid. I’m sure Lewis would love her.”

Anna was the young woman who’d gotten knocked up by a mystery boss. He paid for the kid but had nothing to do with her. She had moved into an apartment with Teri and Kitty, but since Kitty had moved out to be with Caleb, they were now looking for a brand-new roommate.