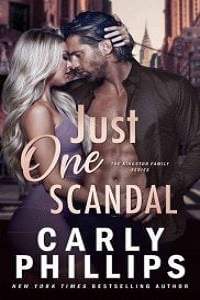 Jilted on the day of my wedding. Of all the pathetic, clichéd things to happen, Chloe Kingston thought with frustration and disgust. “How did I not see this coming?”

She fluffed her white ball gown dress, adjusting the tulle beneath the skirt, and sat down on the chair in the bridal suite of the hotel where her wedding was to be held.

She pulled a bottle of champagne out of the ice bucket and chugged down a healthy gulp of Dom Perignon straight from the bottle. Letting the bubbles settle, she repeated the action a couple of more times because she needed to get drunk. And on that thought, she took another hefty sip.

She was alone because she’d insisted she needed a few minutes by herself since getting that text. Her bridal party, consisting of her best friends, her sister, Aurora, and her brothers, because Owen had included them as his groomsmen, waited in the outer room. Impatiently if their loud voices were anything to go by. It had been hard to convince her mom to step out, along with her oldest brother, Linc, who Chloe had asked to walk her down the aisle.

Her father had passed away three months ago, and they hadn’t been close. But she was glad he wasn’t here to see this day. He’d be furious. Not because his daughter had been left at the altar but because he would have been embarrassed in front of friends, family, and business associates, and she couldn’t deal with his reaction on top of everything else today. As it was, Chloe couldn’t look at her mother’s worried expression. Couldn’t handle the pity in her friends’ eyes or the fury in her brothers.

If there was one good thing about Owen ditching her via text message, it was that her brothers couldn’t pound the man into the ground. And given the chance, they would. The Kingston siblings were nothing if not protective.

She glanced around the beautiful suite with plush chairs, makeup strewn around, her veil sitting on the counter, and wondered how she’d come to this point. She’d chosen who she thought was the perfect man. A tax attorney who never took risks, enjoyed staying home, and who’d promised to be faithful. He’d ticked off all the most important qualifications in her life, making her feel secure and comfortable and, most importantly, safe from being cheated on like her mother had been.

The screen on her phone sitting beside the headpiece said otherwise: I’m sorry. I met someone who completes me. What I feel for her is more than two people who are comfortable together, like we are. I know I should have told you sooner. Face-to-face. But I really was going to marry you. Until I woke up this morning and just … couldn’t. Forgive me. I hope you find the love and excitement I have.

Chloe’s stomach twisted in a combination of hurt and embarrassment. Of all the cowardly actions … that’s what she got for choosing a man with a weak handshake who couldn’t look her brothers in the eye. As they’d told her, over and over again, they hadn’t thought Owen was good enough for her. But had she listened? Oh, no. She’d made her safe choice, and she’d intended to stick with her decision.

Had she loved Owen? Looking into her heart, she was forced to shake her head. No. She’d cared for him, that much was true. But love, like her brother and his best friend, Jordan, had found with each other? No, Chloe couldn’t say she’d experienced that all-encompassing emotion.

In truth, love scared her, because her mom had loved her father so much she’d stayed in an extremely miserable marriage with a serial cheater and had lost out on the opportunity to embrace who she was and be happy. Maybe that was why Chloe was angry at Owen for how he’d handled things but not devastated over losing him.

Dammit. She lifted the bottle and took another long drink. She should have looked inward and called things off first, but who was she kidding? She never would have done it. Chloe was the good girl who always did the right thing, made the risk-free choices, and behaved as expected of her. Canceling the wedding wasn’t something Chloe Kingston would ever have done.

A knock sounded loudly on the door, startling her. “Chloe? I’m coming in,” her brother Linc called out.

She’d been alone in this room long enough, and she’d come to a decision, at least for tonight. It was time she told her family what she had planned.

“Okay!” she called out just as the door opened and Linc stepped inside, looking handsome in his black tuxedo. His gaze immediately zeroed in on the nearly empty champagne bottle in her hand.

“Not a word,” she threatened him, waving the bottle in front of her. “I deserve this.”