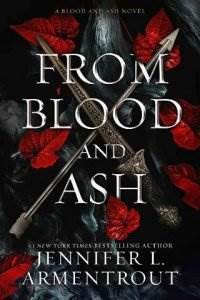 “They found Finley this eve, just outside the Blood Forest, dead.”

I looked up from my cards and across the crimson-painted surface to the three men sitting at the table. I’d chosen this spot for a reason. I’d…felt nothing from them as I drifted between the crowded tables earlier.

No pain, physical or emotional.

Normally, I didn’t prod to see if someone was in pain. Doing so without reason felt incredibly invasive, but in crowds, it was difficult to control just how much I allowed myself to feel. There was always someone whose pain cut so deeply, was so raw, that their anguish became a palpable entity I didn’t even have to open my senses to feel—that I couldn’t ignore and walk away from. They projected their agony onto the world around them.

I was forbidden to do anything but ignore. To never speak of the gift bestowed upon me by the gods and to never, ever go beyond sensing to actually doing something about it.

Not that I always did what I was supposed to do.

But these men were fine when I reached out with my senses to avoid those in great pain, which was surprising, given what they did for a living. They were guards from the Rise—the mountainous wall constructed from the limestone and iron mined from the Elysium Peaks. Ever since the War of Two Kings ended four centuries ago, the Rise had enclosed all of Masadonia, and every city in the Kingdom of Solis was protected by a Rise. Smaller versions surrounded villages and training posts, the farming communities, and other sparsely populated towns.

What the guards saw on a regular basis, what they had to do, often left them in anguish, rather it be from injuries or from what went deeper than torn skin and bruised bones.

Tonight, they weren’t just absent of anguish, but also their armor and uniforms. Instead, they donned loose shirts and buckskin breeches. Still, I knew, even off duty, they were watchful for signs of the dreaded mist and the horror that came with it, and for those who worked against the future of the kingdom. They were still armed to the teeth.

Hidden beneath the folds of the cloak and the thin gown I wore underneath, the cool hilt of a dagger that never quite warmed to my skin was sheathed against my thigh. Gifted to me on my sixteenth birthday, it wasn’t the only weapon I’d acquired or the deadliest, but it was my favorite. The handle was fashioned from the bones of a long-extinct wolven—a creature that had been neither man nor beast but both—and the blade made of bloodstone honed to fatal sharpness.

I may yet again be in the process of doing something incredibly reckless, inappropriate, and wholly forbidden, but I wasn’t foolish enough to enter a place like the Red Pearl without protection, the skill to employ it, and the wherewithal to take that weapon and skill and use them without hesitation.

“Dead?” the other guard said, a younger one with brown hair and a soft face. I thought his name might be Airrick, and he couldn’t be much older than my eighteen years. “He wasn’t just dead. Finley was drained of blood, his flesh chewed up like wild dogs had a go at him, and then torn to pieces.”

My cards blurred as tiny balls of ice formed in the pit of my stomach. Wild dogs didn’t do that. Not to mention, there weren’t any wild dogs near the Blood Forest, the only place in the world where the trees bled, staining the bark and the leaves a deep crimson. There were rumors of other animals, overly large rodents and scavengers that preyed upon the corpses of those who lingered too long in the forest.

“And you know what that means,” Airrick went on. “They must be near. An attack will—”

“Not sure this is the right conversation to be having,” an older guard cut in. I knew of him. Phillips Rathi. He’d been on the Rise for years, which was nearly unheard of. Guards didn’t have long lifespans. He nodded in my direction. “You’re in the presence of a lady.”

Only the Ascended were called Ladies, but I also wasn’t someone anyone, especially those in this building, would expect to be inside the Red Pearl. If I was discovered, I would be in…well, more trouble than I’d ever been in before and would face severe reprimand.

The kind of punishment that Dorian Teerman, the Duke of Masadonia, would just love to deliver. And which, of course, his close confidante, Lord Brandole Mazeen, would love to be in attendance for.

Anxiety surfaced as I looked at the dark-skinned guard. There was no way Phillips could know who I was. The top half of my face was covered by the white domino mask I’d found discarded in the Queen’s Gardens ages ago, and I wore a plain robin’s egg blue cloak I’d, uh, borrowed from Britta, one of the many castle servants who I’d overheard speaking about the Red Pearl. Hopefully, Britta wouldn’t discover her missing overcoat before I returned it in the morn.