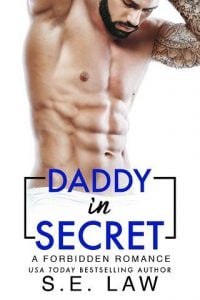 “I still can’t believe we’re doing this,” I say, peering out of the cab window with wide eyes. In the distance, the New York skyline races past us, a sea of inviting bright lights, but that’s not where we’re headed. Colette and I are on our way to New York’s younger sibling, the less well-known and decidedly quieter Springdale, New Jersey. I turn away from the window, heart pounding. “What if we get caught?”

Colette rolls her eyes. “Come on, girlfriend,” she says, waving me off. “Dressed like this? They would be idiots to turn us away.”

I have to admit, my best friend has a point. We’re dressed older than our eighteen years, and as skanky as we can manage in glittery, skin-tight mini dresses that hug our voluptuous curves and show off ample amounts of cleavage. We could practically be sisters, with our chocolate brown eyes and curly mahogany locks. Then again, I’ve known Colette since we were in middle school, and we’ve been inseparable since. We’ve been joined at the hip for as long as I can remember, and she’s always been my confidante.

But now, college is going to take Colette away from me, and my face falls a little. It will be strange not having her just down the block, but I understand as much as anyone that if she wants to be an actress, Manhattan is the place to be, and not New Jersey. It’ll be good for Colette, and I’m proud that my friend’s spreading her wings to pursue her dreams.

Me? Well, my future isn’t nearly as well thought out. I’ve never had much of an idea of what I want to do; I tend to just see where life takes me and to roll with the punches. I’d like to go to college someday, maybe. It’d be nice to study early childhood education, but with no savings and a transcript that isn’t exactly noteworthy, that feels more like a pipe dream each passing day.

“You okay?” Colette asks, obviously picking up on my expression.

I push the serious thoughts away and grin impishly at her. “Hell yeah, I’m okay,” I reply. “Now’s our chance to do our own graduation celebration, and not some stuffy family dinner.”

The cab winds its way through the twists and turns of the New Jersey streets. It’s a shame we can’t go to one of the nightclubs in Manhattan, but they’re stricter about carding, and we’re already taking enough of a risk. Part of me worries that we’ll be found out, but I try not to let myself panic. It will be fine. It will be fun. Hell, maybe I’ll even meet someone… not that I’m expecting much.

We roll up outside the nightclub, a repurposed warehouse miles away from the downtown area. I can see pulsating colored lights flashing in the windows, and there’s already a trickle of people waiting to be let inside. By now, I’m nervous, especially when I notice the bouncer: a beefy man who doesn’t look like he takes shit from anyone. “Wait,” I say, grabbing Colette’s wrist as she starts toward the door. “Are you sure about this?”

“Hey,” she says, nudging me playfully, “relax. Let me do the talking. It’ll be fine. Eyes on the prize, right?” she adds with a wink. The line is intimidating, but she’s right. If you’re looking for naughty fun, sometimes you have to be a little naughty yourself.

My nerves are all over the place, but I force myself to take a deep breath and follow her lead, straightening and trying to project an air of confidence. Swaying our hips and smoothing our dresses, we saunter up to the queue, waiting as our turn approaches. At last, we’re face-to-face with the bouncer, who does a double-take when he sees us. “IDs,” he grunts, already reaching his hand out.

Colette begins to dig through her purse, and then looks up, eyes wide. “Oh, shit,” she gasps, feigning surprise. “Fuck - I don’t have mine. Annemarie…?”

I make a show of frowning as I pat myself down, as if there were anywhere to put a driver’s license in my skimpy outfit. “Me neither,” I say, trying to appear innocent. “But look, I mean, we don’t have to drink, do we?”

“What if we promise?” Colette pleads, batting her eyelashes at him. “No booze, cross my heart.” She draws a little “X” over her breast, which brings his eyes to her voluptuous bosom.

He raises an eyebrow, his expression shuttered, but I catch his eyes sweeping down our bodies appraisingly. “How old are you two, anyway?” he asks, puffing out his chest.

I see my chance and seize on it. “Old enough to know what we’re doing,” I reply, giving him a coquettish smile.