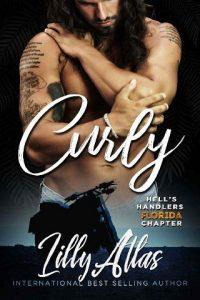 “Ladies and gentlemen of the jury, have you reached a verdict?”

Travis Bryant sat as motionless as a marble statue and just as cold. Beside him, his attorney shifted papers on the desk while squirming in his seat. If he’d been able to move, Travis would have smacked the fucker upside his head until he calmed, but handcuffs and shackles around his ankles prevented most movement.

That’s how the world had seen him for the past six months. But people had viewed him like a rabid animal for far longer—the chains and locks only fortified people’s pre-formed opinions.

No one knew or cared he had a college degree.

No one gave a shit that he rescued dogs and donated to the local children’s hospital.

No one cared how he’d taken care of his grandmother until she’d passed.

All they saw was his loud motorcycle, leather clothes, and tattoos.

Okay, fine, they saw a load of laws broken by his one-percenter motorcycle club. The club he led. He sure as fuck wasn’t a saint, but he wasn’t an animal either.

“Please deliver your verdict to the bailiff.” The pinched-faced judge’s expression never changed. Her mouth looked like a clenched asshole resisting entry.

“Yes, Your Honor.” The jury foreman, a rail-skinny man with thick glasses overtaking his entire face, passed a folded paper to the bailiff with a trembling hand.

That’s right, motherfucker. You should be scared of me.

Or at least fear the rest of his motorcycle club. Travis was pretty confident he’d be spending the rest of his life behind steel bars. But no one fucked with his club and got away with it. Revenge for this bullshit investigation would rain down on everyone involved, from the DA to the grunt of a beat cop who’d first arrived at the murder scene. And that included each of the twelve jurors if they voted to convict.

The stern judge glanced at the paper, nodded once, then handed it back to the bailiff. Then, like a good little sheep, the uniformed bailiff returned the form to the foreman.

Travis had spent more than a few nights in jail over his thirty-two years. First time had been a few nights in juvie when he’d gotten pinched swiping cigarettes from a gas station. He’d been fourteen at the time. That judge assumed he could scare Travis straight with a formal arrest and a few nights away from home. It hadn’t worked. From there, his rap sheet read like a laundry list of typical biker crimes. Assault, battery, drug possession—they’d tried for intent to sell on that one, but somehow his lawyer pulled a miracle out of his smarmy ass and knocked the charges down—illegal possession of a firearm and a few additional charges.

Murder of a minor was a new one for him.

One that would fuck him right in the ass. Hopefully, only figuratively. But the sinking feeling in his gut had him sure he’d be showering with his back to the wall for many years to come.

“In the c-case of the State of Florida vs. Travis Bryant, we f-find the defendant, g-guilty of murder in the first degree.” The sound of rustling paper accompanied the foreman’s voice as his hands shook so badly, he couldn’t keep from crinkling what he read. Not once did he shift his focus from the page.

Could he feel the burn of Curly’s gaze on his face?

Gasps of both pleasure and shock went up in the courtroom with murmurs and a few shouts of furious disbelief from his brothers.

As the judge banged her gavel and bellowed for silence, Travis didn’t twitch.

Huh, he’d expected to feel more. To stand up and rage against the injustice of it all. To scream at the twelve assholes in the jury who’d fallen for this sham of a trial. To shout promises of retribution and the fires of hell on everyone who’d participated in framing him. He’d expected to fear his impending time behind bars. This was different than the past. This was permanent, as in for the rest of his miserable life.

Hell, he’d assumed he’d feel something, anything, but there was nothing. His insides were hollow as he sat there with chaos erupting around him.

Of course, his brothers were outraged by the verdict. They screamed obscenities and threats at the jurors, stomping their boots and promising death. If they kept at it, the entire jail would be full of unruly bikers that night.

Travis gazed across the courtroom aisle where Joy Lane’s family expressed their relief and elation at what they thought was justice with long hugs and tears. As Detective Lane held his sobbing wife to his chest, his gaze connected with Travis’s. As the city’s lead homicide detective, he’d had to step aside on this case because his daughter was the victim, but that didn’t mean he’d kept his nose out of the investigation.