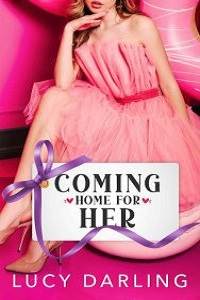 I see the hit coming, but I don’t block it. His fist connects with the side of my head, making my ears ring and causing black spots to dance in my eyes. For a moment I’m sucked back to a different time. One that included sand and chaos. A period in my life that I’ll likely never forget. My ears continue to ring as if an IED has gone off near me. I take a deep breath, reminding myself that I’m not back there.

I pivot back before he can land a blow to my kidneys.

He swings again, letting his anger at me get the best of him. This time he puts too much weight behind the punch. I shift again, dodging him, but not before I take his legs out from under him easily. He hits the mat hard, shaking the ground below us. I’m sure the impact has knocked the air out of his lungs. I stand over him and offer my hand.

He glares up at me but takes my hand, knowing I could have done worse. We were only supposed to be sparring. But he wasn't supposed to hold back with his swings. I’m trained for hand-to-hand combat. Hawk on the other hand was always the eyes in the sky, and his fucking mouth was always running in my ear. We made a good team and I trust him with my life.

That said, his husband Crew is a teddy bear until provoked about his husband. Then he turns into a fucking freight train. The two of them were always a joy on missions. I make it a point to never land a blow to Hawk’s face, not wanting to deal with Crew’s wrath. I know if I leave a mark on Hawk's pretty face, I’ll never hear the end of it.

“The fuck is wrong with you lately?” he says as he gets to his feet. “I thought you were okay with your sister getting married.”

I release his hand before walking over and grabbing my towel to wipe off the blood before it drips into my eye.

“I am.” I wasn't at first. Logan Duncan is richer than God, and I wasn’t sure what his intentions were with Angel. His family is a bunch of selfish, entitled assholes. But Logan is different. For once the apple didn't fall close to the tree. He’s proven himself and his love for my sister, so I backed off. Even if I still think he’s too old for her. He treats her right and always puts her first. That’s all that matters to me.

“Well, your sister is going to kick my ass when she sees your face.”

I toss the towel into the trash can. The gym is empty, having closed at seven. It is a Saturday night. Most people are out on the town, but that’s never been my style. “And why would she care?” I’m going to have to get used to Angel living back home. She’s been in California for years. She went to college there and took a job right out of school.

“Wedding pictures, dumbass.” I wince. Right, I hadn't thought about that. “You want to tell me why you let me cold cock you?” He pulls the wraps off his hands. I should have blocked him. He wouldn't have swung as hard as he had if he didn't think I was going to. Even knowing the power behind his punch, I chose to let him land it.

“I’m heading out.” I walk over, grabbing my gym bag off the floor, avoiding his question. Hell, not wanting to have to admit the answer to myself. Who am I kidding? I know I’m punishing myself. Lusting after things I shouldn't be. I’m a hypocrite. I’m giving my soon-to-be brother-in-law shit for the age gap between him and my sister while I lust after her best friend Carey. My thoughts are consumed by her.

“You want to come over for dinner?” Hawk asks. We were always the closest out of everyone on our team. But I know his invitation is not only for a meal. He wants to needle me and get Crew to help him. I bet they’ll try to take advantage of me. This isn’t my first rodeo with these boys. They’ll try to get me drunk until I’m willing to spill my guts.

“Nah, I’m good.” I can tell he wants to say something else, but I move fast to get out of there before he can. It’s not like it was years ago where I could tell him to keep his mouth shut and he had to listen.

“Don’t slip,” I hear him mutter as the door closes behind me. Slip? I am already slipping; it’s too late. The question now is am I going to catch myself before I bust my ass?