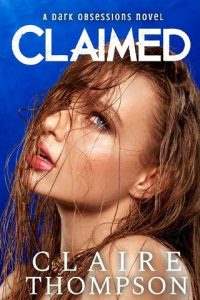 “He stares at you. I’ve seen him watching you when you aren’t looking. It’s kind of creepy.”

Kelsey laughed, shaking her head as she thought about her boss. “Aw, he’s harmless, Jenny. I actually think he’s kind of cute, in a nerdy sort of way. So serious. So proud of being a team leader. It’s endearing.”

Jenny shrugged. “I guess. He never looks at me that way.” She took a bite of her sandwich and chewed contemplatively. “You’re probably used to guys staring anyway. Every guy in our department has his tongue hanging out when you walk by.”

The guys at Kelsey’s new job were nothing to write home about, though she had gone out a time or two with a couple of them. Sometimes she thought she wasn’t entirely over Adam, though breaking up with him had been the right thing to do. College sweethearts, they’d stayed together over the years out of habit and convenience. Adam was like a familiar old blanket. As Kelsey grew older, she found herself wanting more than familiarity. She wasn’t ready to drift into marriage, slip into motherhood and find, twenty years later, that her life had somehow passed her by.

Life had to hold more, and she was determined to find it. Moving to the city, getting her own place, finding her own way—it had been exhilarating. She had made a fresh start, a clean break from the past. The last thing she wanted was to get involved with someone new. “I’m not looking for a relationship right now,” she told Jenny. “I was with a guy forever back home. I like being single.”

“I like it too, I guess,” Jenny said, though her tone and body language belied her comment. “Still, if the right guy came along…”

“He will,” Kelsey said reassuringly. “You’re smart and funny and beautiful. “

Jenny shrugged noncommittally. “I don’t know. Maybe.” She glanced at her watch and stood from the park bench. “We’d better get back to the office. Bennett’s a stickler for punctuality.”

James Bennett liked his job. He was a vice president at a large commercial bank, admittedly one of dozens of VPs at the firm, but still, it was nothing to sneer at. He had worked his way up from lending officer in the mortgage department to special assets analyst. He found he didn’t really care for the marketing side of the business. He didn’t like pounding the pavement in search of new accounts, or schmoozing with strangers in an effort to procure their business. It suited him far better to work with numbers and documents, which didn’t require him to smile and shake hands all the time, or pretend he cared about a client’s new baby, their golf game, or the redesign of their office space.

Special assets was a euphemism for bad debt—loans the bank had already written off, but which loan officers still tried to restructure and collect. While good at the marketing end of the business, these loan officers relied heavily on the analyses of the client’s sales data, market share and financial structure provided by the special asset analysts. Last year James had been promoted to team leader in the corporate special assets department, with responsibility for thirteen loan analysts. At the age of twenty-nine, this was no mean feat.

His life was full, with hobbies and exercise on the weekends, and a satisfying career. He hadn’t even realized he was lonely until the day she appeared. Since the day Kelsey Rowan had applied for a job at the bank four months ago, James’ world had been turned upside down.

She’d already passed the first interview hurdles with human resources when James was called down to meet her and conduct the second interview, along with the head of the department, Bob Reynolds. They were each given a copy of her resume and the results of the initial interview, but nothing had prepared James for the sight of her when she appeared in the door like an angel just fallen from the heavens.

She had worn a high-necked silk blouse beneath a tailored navy blue jacket and matching narrow skirt. With her hair pulled back, sensible, low-heeled pumps and gold studs in her small, pretty ears, she’d presented during the interview as the very picture of professionalism, though James had immediately sensed the deep sensuality and passion barely hidden just beneath her conservative exterior. She had all the necessary qualifications for the job, including a business degree from a good university, and two years experience at a small bank in her home town. Though James would never have admitted it to a soul, he would have hired her if she’d been a high school dropout who’d never set foot in a bank. He would have hired her just so he could look at her.