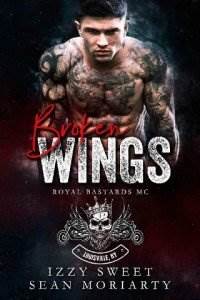 Resentment - A Day To Remember

ANTI-SOCIAL - While She Sleeps

Another Life - Motionless In White

Trade In Your Guns For A Coffin - Rob Zombie

Come For Me - New Years Day

PROTECT: The club and your brothers come before anything else, and must be protected at all costs. CLUB is FAMILY.

RESPECT: Earn it & Give it. Respect club law. Respect the patch. Respect your brothers. Disrespect a member and there will be hell to pay.

HONOR: Being patched in is an honor, not a right. Your colors are sacred, not to be left alone, and NEVER let them touch the ground.

LOYALTY: Takes precedence over all, including well-being.

HONESTY: Never LIE, CHEAT, or STEAL from another member or the club.

TERRITORY: You are to respect your brother’s property and follow their Chapter’s club rules.

TRUST: Years to earn it...seconds to lose it.

NEVER RIDE OFF: Brothers do not abandon their family.

“We do not remember days, we remember moments. The richness of life lies in memories we have forgotten.”

Heavy metal music blares from the next room, vibrating the walls. There’s a hint of smoke in the air, a mixture of cigarettes and marijuana, that bites at the back of the throat.

The lighting is dim, almost nonexistent, making the room I’m in seem dark and dingy, like the place hasn’t had a good cleaning in years.

Occasionally, voices raised in both joy and anger pierce through the pounding beat of the music. Tickling at the back of my senses.

But none of it matters.

Nothing matters except for the man holding me in his arms.

“Allie,” Coy growls into my mouth between thrusts of his tongue.

He tastes like power, excitement, and danger all wrapped up in one.

Everything I’ve been warned away from.

Everything that could destroy me.

Hand grabbing my face, firmly holding me in place, Coy kisses me deep. Kisses me like he’s trying to shove all his love down my throat.

I grab at his chest, fingers clutching the soft fabric of his black t-shirt, as he cuts off all my air.

My lungs begin to burn, aching for oxygen, and my head starts to feel light and woozy before he finally tears his mouth away.

Pressing his forehead against mine, he breathes out, his warm breath caressing my face, and says, “Fuck, I missed you.”

There’s true sincerity in his words, but a touch of anger, too.

Breathing heavily, his hard chest rises and falls against my clutching fingers.

Eyes closed, I take a moment to soak him in. Soak in the feeling of finally having him close, before I tell him, my throat almost aching with the words, “I missed you too.”

Coy’s breath hitches, his chest stilling for a heartbeat.

A warning my brain recognizes but doesn’t process until it’s too late.

With another growl rumbling in his chest, he picks me up, off my feet. The world spins as I’m swung through the air and then my back hits a wall.

Pushing his body into me, forcing my thighs to spread wide open for him, Coy’s mouth attacks my mouth again.

Unlike the first kiss, this kiss isn’t loving. No, it’s desperate and angry. Full of pent-up frustration.

I feel every single of one his emotions in the kiss. The way his tongue lashes at mine, I know he wants to punish me.

The way his teeth are there, just on the edge, ready to bite down, I know he wants me to feel his pain.

Pain because the one thing in the world he wants and needs is being kept away from him.

I know because it’s my pain, too.

“Seven days,” he says, his voice sharp with accusation as he breaks the kiss. His hand finds its way to the back of my head then his fingers lace through my hair and tug, forcing my neck to arch. “It’s been seven fucking days, Allie.”

Peering up, my eyes drink in his face. Even angry, he’s too fucking handsome. So handsome it makes my chest hurt.

“I’m sorry,” I exhale breathlessly, lungs working hard to catch up on air. “It’s not like I have a choice.”