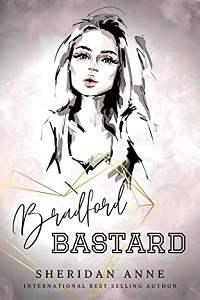 When I was fourteen, in the prime of my pre-teeny-bopper years, my lip was almost torn right off my body, and unfortunately … I don’t mean the lip on my face.

I was a snoopy kid. Every conversation that wasn’t meant for my ears was listened to. No matter what. I couldn’t help myself. It was a sickness, but how else was I supposed to learn anything? I was the annoying little sister of the family, and no one told me shit, so I learned to adapt. Sue me. I don’t regret it, except once…

They ogled her tits and snickered like bitches when she started moaning, pretending they weren’t rock hard with pre-cum smearing through the inside of their basketball shorts. For the most part, I tried to ignore them, but when another girl joined and one of the guys scoffed at her body hair in disgust, I was all but running to the drug store.

I was fourteen. I didn’t know what boys liked, but the idea of being disgusting to a senior boy inflicted a fear in my young chest that I’d never felt before. My feet had barely hit the pavement before I was already halfway to the store.

I wanted a boyfriend. I wanted the older guys at school to not only notice me, but desire me, and I wanted all the girls to know that I had it all. In hindsight, my priorities were a little fucked up, but that didn’t stop me from grabbing the first tub of hot wax off the shelf and handing it over to the cashier while my cheeks flamed with embarrassment.

The memory of that day sends a shiver sailing down my spine. Maybe things would have gone differently if I had an older sister or a mother who wasn’t too busy working long hours. But lucky me, I was stuck with an older brother who was too cool to let his little sister in on the most important things in life. Besides, I wasn’t about to have this conversation with him. No way in hell.

I was on my own, and I was determined. I was going to be as bare as the day I was born.