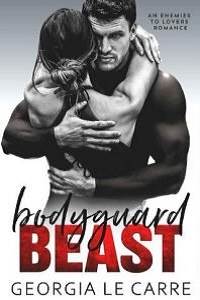 My hands and feet were bound by plastic ties as I swam through the silent, blue water, alone and totally at peace with myself. I’d made countless laps up and down the pool. I had about ten minutes left before I finished my full hour. Suddenly, I sensed movement above. It was way past midnight and much too late for any member of the family to be wandering about. It could be Security.

Regardless, it was an annoying interruption to my training.

Silently, I maneuvered myself to the bottom of the pool. Bouncing on the toes of my tied feet, I launched myself upwards until I broke water. The indoor pool space was dark, illuminated only by the distant lamps of the compound coming through the floor length windows. I saw a girl I’d never seen before, making her way towards the lounge chairs. I couldn’t see her clearly, because she held her phone in front of her face, but it could only be one person … the boss’s daughter, just returned from her education overseas.

Her ears were plugged with air-pods, as she hadn’t turned on the lights upon her entrance, so I deduced that like me, she wanted to be alone. I accepted the fact my time in the pool was over and started to swim towards the other end of the pool when she screamed.

The scream was followed by the sound of water splashing.

Through my goggles, I watched her flailing underwater.

She was actually trying to catch her phone, but it evaded her grasp and sank to the bottom. She obviously wasn’t a good swimmer because she immediately struggled up to the surface and started clinging to the edge of the pool. “Hey you!” she yelled. “Can you help me please?”

My first thought was to ignore her. I had no time for spoilt little girls, but she was the boss’s daughter, and I sure as hell didn’t need that kind of trouble. I swam towards her and stopped a wary foot away.

I’d heard the rumors that she was a looker, but it came as a shock to see how insanely beautiful she was. Seeing was indeed believing. The lights in the floor of the pool turned her eyes to an almost unreal green. Like a doll’s eyes. They were set wide apart and fringed with long, wet lashes. I wondered how she would look while she was climaxing, then caught myself mid-thought.

What the fuck is wrong with you?

Yes, she was heartbreakingly beautiful, but I wasn’t into shallow, selfie-taking, narcissistic, manipulative Cleopatra types who needed a bunch of servants just to get dressed. And even if I was, lusting after the boss’s daughter was a bad, bad idea. It usually meant ending up in an unmarked grave in a field somewhere. Nope. Not for me. I turned away from her.

“My phone,” she gasped. “Please help me get it back or it’s going to be ruined.”

I paused. This was the deepest part of the pool and it would be quite a feat to get my face to touch the bottom. To soothe my sour mood, I accepted her request as part of my training for the night, and dove back into the water. With my teeth, I gripped the phone and swam back towards the surface. With a swing of my head, I flung the device out of the pool.

Sucking in a lungful of air, I began to head towards the steps. On the edge was a knife. Retrieving it with my teeth, I dropped it into the water, and dove down after it. A few seconds later, the ties around my wrists and ankles had been cut off and I was free. I pulled myself out of the pool to head towards the changing rooms.

I could hear the irritation in the Princess’ voice. I didn’t bother turning around. She would eventually get herself out of the pool. She was the boss’s daughter, after all.

How rude! How unbelievably rude!

I could hardly believe what that man just did. First, he held my phone between his teeth as if he was some kind of animal, then he flung it out of the water straight onto the tiled floor. If it hadn’t been damaged by the water, that would definitely have done it. Even more unbelievable, was the way he callously abandoned me when all I was asking for was a bit of help getting out of the deep end of the pool.

I watched him walk towards the changing rooms, water sluicing down impressive broad shoulders and the gleaming slabs of tight muscles in his back. Water slipped over the skin-tight briefs which left almost nothing to the imagination. The cheeks of his butt were firm and round. The water ran down those muscular, thick thighs as he took long and sure strides. As I watched in a daze of shock, he lifted his powerful hands and raked his fingers through his raven hair.