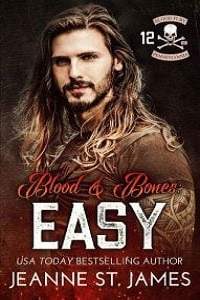 ASHES! ASHES! WE ALL FALL DOWN

Ethan took a last drag on his Marlboro, flicked what remained out into the dark and watched it bounce off the pavement, creating a small explosion of embers. His eyes followed the motion as the July breeze spun it into a small glowing arc.

He pushed himself off the brick wall where he’d been leaning and before he could stomp it out, another boot came out of nowhere and did it for him.

“Landry said he scored a case of Rolling Rock.”

“Yeah. Invited us over. Wanna go?”

“Said there’s gonna be girls there. And his parents are gone for the night.”

“Is that all you can fucking say?”

“Yeah,” Ethan answered with a smirk.

Ben snorted and punched Ethan in the arm. “You’re an asshole.”

“Don’t you wanna get laid tonight?”

“Then let’s go. You’re not going to get your dick wet standing here.”

It had been a month since Mallory had dropped his ass like a hot coal. He fucked up, so he couldn’t blame her for kicking his ass to the curb. But still, his easy access to pussy went along with her.

Now he had to work for it.

Yeah, the girls in his class didn’t mind flirting but when it came to sliding off their panties and in between their thighs, that took a lot more effort. Sometimes more than he was willing to make.

He just needed to find himself a fuck-buddy. A girl who wasn’t uptight about sex, but also wasn’t a clinger.

Mallory had been a clinger with claws.

She didn’t like when he talked to other girls, forget looking at them. She was jealous as fuck. She had even yanked a chunk of hair out of some chick’s head when the girl decided to sit down next to him at his lunch table and invite him over to watch a movie on her big screen.

It was all too much damn drama for him.

He liked to keep things chill.

Mallory was far from chill. But her pussy had been tight and she didn’t mind sucking his dick, either.

At worst, if he couldn’t get laid, he’d get drunk and stoned out of his fucking mind. Landry’s older brother usually had some premium green. If the guy was home and willing to share. Though, he tended to ignore Landry and his friends since they were still only seniors in high school.

Not twenty minutes later, he, Ben, Landry and Will were standing around the blazing fire pit in Landry’s backyard.

So far not one fucking girl had shown up and Landry’s older brother was nowhere to be found. The only thing keeping Ethan standing there was the cold beer in his hand and the rest of the case buried in ice in a nearby cooler.

“Where are the girls, Lan?” Ethan asked him.

His buddy was standing on the other side of the pit, the glow of the flames giving his face a reddish tint. Landry finished swallowing his mouthful of beer and scrubbed a hand over his mouth. “They said they were coming.”

Landry probably lied about the girls to get them to come over. Because just a case of Rolling Rock and Landry’s playlist on some new app called Spotify wasn’t going to cut it.

“Know where your brother hides his pot?” Ethan asked him.

Landry shook his head. “We’d be passing around his bong right now if I did.”

Ben let out a long, low, “Whoooooooa,” under his breath and everyone turned to check out what he was staring at.

A hot blonde made her way through two bushes from a line of them that separated the homes. She only wore a tiny string bikini. At nine at night. In the fucking dark. It was far too late to be sunbathing.

But there she was, cutting across the lawn like she was headed to the beach on a hot summer day.

“That one of the girls you invited?” Will asked Landry.

The girl gave Landry a small wave and pointed toward the cooler on the back porch. Landry lifted his beer and called out, “Help yourself.”