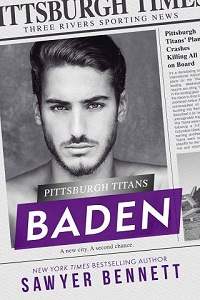 Yesterday, I eulogized my best friend, Wes, as his parents sat in the front row of their family’s church in Montreal. It’s the same church my family and I attended when I was growing up.

It’s where I first met Wes. We were friends from the start, long before either of us knew we’d love hockey or even be good at it. Only three months apart in age, he was the man I went to for advice on everything.

I was the man he came to for the same.

I’m sitting in the Titans’ hockey arena for a collective memorial for all the people lost in the plane crash. The organization wanted something for the public, as the massive outpouring of shock and grief was crippling to many of the fans. Season ticket holders got seats, and the remainder were opened up for a lottery.

The arena—also used for the city’s professional basketball team—was free of ice today. Upon the court flooring, rows of chairs seated family members and friends of the victims. I was afforded one of those chairs and was representing the Hollyfield family. Wes’s parents didn’t have it in them to come to this service, having just buried him yesterday.

I wish I hadn’t come.

Every person who has had a turn at the podium is like a knife driving deeper into the wound. No one can stand up there and put a positive spin on things the way you might at the memorial service for a single individual.

In that instance, it would be perfectly acceptable to say, “He’s in a better place,” or “Time will ease the pain.”

But fuck… when you have dozens of people obliterated from the face of the earth, it makes every new, sad speech about it feel like torture.

Forty-two people died when that plane crashed, and it wasn’t instantaneous for some of them. It was a horrific crash upon touchdown where the plane cartwheeled before breaking apart and catching fire.

If a plane drops out of the sky, you can guarantee death happens in a millisecond and is painless as the aircraft hits with the force of a bomb.

This plane did not fall from the sky. Some of those passengers suffered before dying.

But they all died.

Before the service concludes, I decide to make an early departure. I have no desire to stand around and talk to people. Many players from the league are here, a moratorium on all games in effect until the day after tomorrow as a league-wide mourning period.

I just want to get back to my life in Phoenix.

I had positioned myself in the back row in case I wanted to leave early. In safe places where I’m familiar with the terrain, I can walk without my forearm crutches. But I have them now, not only to navigate around the arena and masses of people, but because my legs have been weak with grief and shock since the crash.

I quietly move away from the seated mourners to an exit that will lead me to an elevator, which will whisk me to the main level where I’ll call an Uber. My flight back isn’t for another six hours but sitting in the airport’s club lounge is far preferable to this. I made my appearance. I grieved with everyone else.

“Mr. Oulett,” someone says before I reach the exit.

I stop, glance over my shoulder, and see a man in a dark suit striding toward me. I turn to face him.

“Mr. Oulett,” he says again when he reaches me, keeping his voice low. “I see you’re getting ready to leave, but Ms. Norcross was wondering if you would have time to talk to her. I know she was going to approach you as soon as the service concluded.”

My eyes about bug out of my head. There’s only one Ms. Norcross he can be talking about, and that’s Brienne Norcross, the co-owner of the Pittsburgh Titans. She was not on that plane, but her brother Adam—the other co-owner—was.

I have no clue how she’d even know who I was, much less why she’d want to talk to me. It’s well known across the league that while she owned fifty percent of the Titans hockey team, it was her brother who handled everything. She was more of an heiress owner than a hands-on type, although I imagine right now, she’s got no choice but to take over.

On the flip side, what in the fuck is left to manage? The entire team is dead.

“I’m not sticking around for the end,” I say to the man, presumably one of Ms. Norcross’s assistants.