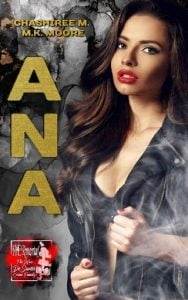 The day it happened was the day it all changed for me. Nothing was ever the same again. I left everything behind to seek revenge on those who wronged my family, but it turned out to be much more than I thought it would be.
Ticiano
I knew she was mine the moment I met her. When she let me in, I swooped in and took what was mine. I promised myself I’d protect her no matter the cost. Aligning myself with her was the easiest thing I’ve ever done.

“Gillian, did you hear that last call?” I ask my best friend as I sit back down after going to the bathroom.

“Yes. People do the dumbest shit!” She says shaking her head agreeing with me. I can’t argue with that. As a 911 operator, we hear everything. From the world’s dumbest criminals, to the truly heartbreaking. One things for sure, it is never a dull shift.

Smiling, I look around the room at the faces of my coworkers and I feel like a fraud. Sure, I consider them friends. We get together every weekend. Celebrate every milestone in one another's lives and share stories of the life we lead outside of the call center. But the truth is, I am not really one of them. No. I am still a stranger, and they don’t know it. They think I share everything, like them. But I don’t. I can’t.

I can’t possibly tell them I am the daughter of a mob boss and my father and the organization he works for is single-handedly responsible for dozens, maybe hundreds, of kills in the name of DeSantis. It is the reason I use my mother's last name. That is why I became a dispatcher for 911. I wanted to help people. My absolve to the lives of people my father has killed. Bring some absolution to my blood. “Ana. That’s you.” Shit. Putting on my headset, I hit the button.

“911 what’s your emergency?” I can hear screaming and what sounds like gunshots on the other end. “Hello. Can someone hear me?”

“There is so much blood. They are dead. Oh God, they killed them.” I am trying to provide a trace, but I need her on the phone a bit longer.

“Ma'am, can you give me your address and tell me who has been shot. Are they breathing?”

“Have a unit for transport sent to…” No. This can’t be right.

Shit. I cannot believe I’m in the fucking police station. This is the last thing I wanted to happen. Like I need another reason for Aurora and Giulia to be on my ass. “Way to go Ana.” I say to myself. Sitting in this police station, I am running where I went wrong through my head, trying to figure out what I could have done differently. The most glaring mistake, which is what I know Aurora is going to say, is being there in the first place. Alone. Considering right now I am in this place, not in cuffs but it is clear I cannot leave, she might be right.

As the youngest member of the DeSantis crime family in Miami, they keep me on a tight leash. It made sense at first. I wasn’t even eighteen when our fathers were assassinated and couldn’t really do anything. Nothing legal anyway. When I turned eighteen, I thought they would loosen the reins and it would be all systems a go. But nope. Leash is still in place.

In the last three months, we have managed to find and kill some key players, but two of them got away. In between all of that, Aurora fell in love with her childhood sweetheart, got pregnant and married and found out her dead mother is actually alive. Yeah. It has been a busy four months. Her distractions is one of the reasons I didn’t want to bother her with the intel I received telling me that Ludwig Popov has a son who is here on business that might be pertinent to our continued search for her Uncle Romeo who orchestrated the worldwide wipeout of her family, and Haru Yakimoto who aided in the mission and is also the head of the Yakuza.

I went to the house of said son and attempted to install some listening devices. Good idea in theory. However, I didn’t account for the security system. I noticed the moment it started sounding. Of course I was smart enough to try to get out, but the doors were automatically set to lock and keep the intruder inside. Hence, why I am here.

I have been here a few hours already and I can feel the eyes on me. I know what they are thinking. ‘There is the girl whose father bombed the police station last year.’ Though none of them will say it out loud, I can feel the accusation in their glares and even though I am not squirming, it is getting to me.