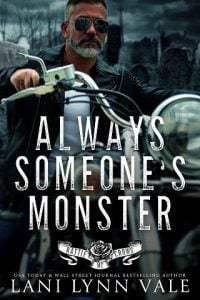 I looked over at her and frowned. “I can, yes. But I have to work tomorrow early. That means I’ll have to get up at five to leave your dad’s place by five-thirty to get to work by six.”

My first ‘big girl’ job, as my dad liked to say.

A job that I hated.

I’m talking, if there was another job available in Paris, Texas, even if it paid half of what I was being paid now, I’d take it in a heartbeat kind of hated it.

The first day as a sales rep at Paris Motors, I’d done really well. I’d actually sold my first car before I’d even really been on the clock.

Unfortunately for me, having done that, I’d taken the commission out of another woman’s pocket. A woman that’d been on the phone with a client who hadn’t purchased a car like my client—the one that I got a thousand dollar commission off of—she hadn’t been very happy.

From that point forward, I’d spent the majority of my time at the car dealership trying to keep my head attached to my body.

Each morning, I’d get there and find out that I was assigned to work with Blakely, and I seriously wanted to commit suicide by bus.

Whatever worked at this point…

“I do hate it,” I admitted. “But I can’t quit. Quitting means admitting that she’s right, and she’s fucking not. So I’m going to keep working there, and I’m going to show up in my fucking short dress and cleavage-baring top and get my fucking commission.”

“You can do all that, still go workout, and get to work on time, while also watching our dog,” she pushed.

A few years ago, Clementine’s dad had purchased a family protection dog. Honestly, he was great, did some awesome protecting, but the damn dog couldn’t be left alone because he got bored easily.

When he didn’t have someone to protect, he occupied himself by eating the walls.

And, since Clementine’s dad was out of town on business, and Clem’s parents had recently gotten an official divorce, that meant that Trista, Clem’s mom, wasn’t there either.

Leaving Clem the only one to watch Body.

“I realize that you think that I’m a whore for…” I held up my hand to stop Clem’s words.

“Clem,” I said carefully. “I never said you were a whore.”

“You’re looking at me like I’m about to mutate into a disease you don’t want any part of,” she countered.

I just couldn’t believe that she was going to go to Las Vegas, in a dress that short, with a man she didn’t know, and a friend that I wasn’t sure that I liked all that much.

If I didn’t have to work, I would’ve forced myself on them so I could go and keep an eye on Clem.

But Clem was a big girl, I did have work, and I wasn’t going to change her mind.

“Fine,” I said after a couple more seconds of her pouting. “But please, please, please, will you put on some bike shorts under that? Wearing something that short means that when you bend over, people will see what you’re working with.”

“What who’s working with?”

I looked up at my dad and smiled. “Clem’s going to Las Vegas, and she thinks that wearing this black dress will get her laid.”

My dad’s eye twitched as he turned his gaze on my best friend.

Clem’s face went a rapid red as she shifted in her seat. “Soph…”

I knew, just as well as she did, that she harbored some sort of weird crush on my dad.

I wasn’t sure why, or to what extent she felt it, but I knew that she found my dad attractive.

Kind of like how I found her dad attractive.

Attractive in a prematurely silvering, jacked, sexy beast of a bearded man kind of way.

My ‘attraction’ bordered on ‘intense.’

Not that Clem knew the depths of my attraction to her dad.

In fact, I had a feeling she was pretty oblivious to it all.

Because had she known of my obsession with her dad, she wouldn’t be asking me to go stay at his house.

She would understand the kind of temptation that would put me in.

“I would put on some shorts and a t-shirt with some comfortable tennis shoes,” my dad suggested, not even looking my way. “Walking up and down the Strip will be a nightmare.”

Clem scoffed. “Not any worse than running that half-marathon in heels like the one we ran together last spring.”

It was early fall now, and it was on the verge of switching from summer one to summer two heat temperature-wise.

We were at a balmy ninety-seven degrees, and it wasn’t even eight in the morning yet.