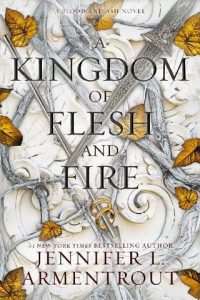 “We go home to marry, my Princess.”

As in get married?

Suddenly, I thought of all those girlish fantasies I’d had before I learned who I was and what was expected of me—daydreams given life because of the love my parents had for one another.

Never once did those little-girl dreams include a proposal that wasn’t remotely an actual proposal. Nor did they incorporate it being announced at a table full of strangers, half of which wanted me dead. And those dreams surely hadn’t involved what had to be the kingdom’s worst—and possibly most insane—non-proposal of marriage to a man currently holding me captive.

Perhaps I had some sort of ailment of the brain. Maybe I was experiencing hallucinations brought on by stress. After all, there had been so much painful death to process. His betrayal to deal with. And I’d just learned I was descended from Atlantia, a kingdom I’d been raised to believe was the source of all the evil and tragedy in the land. Stress-induced hallucinations seemed a far more believable reason than what was actually happening.

All I could do was stare at the larger hand holding my much smaller one. His skin was slightly darker than mine as if kissed by the sun. Years of wielding a sword with deadly, graceful precision had left his palms callused.

He lifted my hand to an indecently well-formed and full mouth. To lips that were somehow soft yet unrelentingly firm. Lips that had spun beautiful words into the air and whispered heated, wicked promises against my bare skin. Lips that had paid homage to the many scars that riddled my body and face.

Now, that mouth was pressed against the top of my hand in a gesture that I would’ve cherished for an eternity and thought exquisitely tender just days or weeks ago. Simple things like hand-holding or chaste kisses had been forbidden to me. As were being wanted or feeling desire. I had long since accepted that I would never experience those things.

I lifted my gaze from our joined hands, from that mouth that was already curving up on one side, hinting at a dimple in the right cheek, and from the slowly parting lips that revealed just a hint of fatally sharp fangs.

His hair brushed the nape of his neck and toppled over his forehead, and the thick strands were such a deep shade of black, it often shone blue in the sunlight. With high and angular cheekbones, a straight nose, and a proud, carved jaw, he often reminded me of the large, graceful cave cat I had seen once in Queen Ileana’s palace as a child. Beautiful, but in the way all wild, dangerous predators were. My heart stammered as my eyes locked onto his, orbs a shade of stunning, cool amber.

I knew I was staring at Hawke—

Coldness poured into my chest as I stopped myself. That wasn’t his name. I didn’t even know if Hawke Flynn was merely a fictitious persona, or if the name belonged to someone who had most likely been slaughtered for their identity. I feared it was the latter. Because Hawke had supposedly come from Carsodonia, the capital of the Kingdom of Solis, with glowing recommendations. But then again, the Commander of the guards in Masadonia had turned out to be a supporter of the Atlantians, a Descenter, so that too could’ve been a lie.

Either way, the guard who’d pledged to protect me with his sword and with his life wasn’t real. Nor was the man who had seen me for who I was and not just what I was. The Maiden. The Chosen. Hawke Flynn was nothing more than a figment of fantasy, just like those little-girl dreams had been.

Who held my hand now was the reality: Prince Casteel Da’Neer. His Highness. The Dark One.

Above our joined hands, the curve of his lips grew. The dimple in his right cheek was apparent. It was rare that the left dimple made an appearance. Only genuine smiles brought that out.

“Poppy,” he said, and every muscle in my body knotted. I wasn’t sure if it was the use of my nickname or the deep, musical lilt of his voice that made me tense. “I don’t think I’ve ever seen you so speechless.”

The teasing glimmer in his eyes was what snapped me out of my dumbfounded silence. I pulled my hand free, hating the knowledge that if he had wanted to stop me from pulling away, he could’ve easily done so.

“Marriage?” I found my voice, if only to say the one word.

A glint of challenge filled his gaze. “Yes. Marriage. You do know what that means?”

My hand curled into a fist against the wooden table as I held his stare. “Why would you think I wouldn’t know what marriage is?”

“Well,” he replied idly, picking up a chalice. “You repeated the word as if it confused you. And as the Maiden, I know you’ve been…sheltered.”