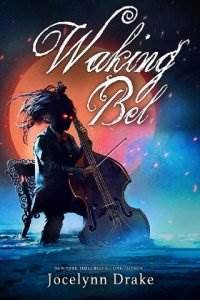 Beltran Varik stepped onto the empty sidewalk and dragged in a deep breath of some rather wretched air, but that didn’t matter. Because he was alive.

He’d died, which hadn’t been at all what he’d expected. Not that he was sure what dying was supposed to be like.

But now he was walking down the street with two of his brothers and his surrogate father, all of them alive in a manner that scientifically confused him.

The world seemed so much bigger and sharper than it had been when he’d been human. Now, as a vampire, the colors were richer at night, the scents so much clearer. It was as if his senses had been honed to a razor’s edge. Did this make him a predator now?

If only he’d known this would happen—he would have taken more measurements of his human senses so he could make more accurate comparisons now.

Rafe’s low, almost taunting laughter pulled Bel from his swirling thoughts. He turned to find his twin leaning on a brick wall, one foot braced against it, looking for all the world a dandy enjoying a night on the town. But that was Rafe. Always scouting for a bit of entertainment.

“I know that look, dear Bel,” Rafe murmured. “You’re positively itching to get back to your study to start entering all your observations into your little journal.”

“Of course. Things feel so different now. I need my journals so I can start making notes while I can remember what it was to be human.”

Rafe winced and waved at Bel to keep his voice down as he pushed away from the wall. “Bloody hell, you need to watch what you say while we’re out.”

“Yes, I know. I was just excited, and I forgot myself,” Bel said, heat burning in his cheeks.

Rafe stood next to Bel and wrapped an arm around his shoulders, pulling him in close. It was a relief to see that Rafe’s color was much better now. Horror had gutted Bel when he realized he’d attacked his twin shortly after waking as a vampire. Prior to being reborn, he would have been sure that he’d never harm any of his brothers no matter what.

“You must be careful, dear brother.”

“Yes, of course. Are you sure you’re feeling better, though?”

Bel stared at the man at his side, fully aware that Rafe loved to mask the truth so Bel didn’t worry, but Rafe’s pallor was better than it had been at Marcus’s home.

Even now as he looked back on the moment, he couldn’t quite recall what had happened. One second there was simply nothing, and the next, he was wrapped in his brother’s strong arms, both relief and worry thick in Rafe’s voice. There had been consuming hunger that gave way to exquisite pleasure…and then he was being pulled off Rafe while his twin fought to keep them together. It was all one giant mess, but Aiden had explained that accidents such as that happened when a vampire was hungry.

There was an easy fix, at least. So long as Bel fed properly, there would be no more accidents that harmed his brothers or anyone else.

There was so much he was dying to ask Aiden. A small smile formed at the thought of the man. He’d been a father to Bel and his three brothers for so long. A protector even after he and their mother could no longer be together.

But now that they were vampires, he was their sire as well. At least that was the vampire term, Aiden had explained.

Aiden stepped out of the dark alley with Marcus, their eldest brother. Their heads were close in whispered conversation, and Bel found himself whispering, “Sire,” as if to try it out.

Aiden’s head popped up, and he grinned at Bel with a look of love and pride. “Son,” he whispered back.

“Yes. Sire,” Rafe murmured, sounding as if he were trying the word out on his tongue as well. “It really doesn’t have the right ring to it. Doesn’t sound nearly as nice as ‘Father.’ ”

Bel’s brow furrowed and he took a step closer to Aiden, Rafe’s hand still resting on his shoulder. “Does that cause a problem with all the new rules we must follow? Should we not call you ‘Father’?”

The older man lifted his hand and cupped the side of Bel’s face, his smile growing wider as his eyes touched on each of the three men around him. “There are some rules I’m happy to ignore. This would be one of them.”

He needed his family. They were a safeguard that gave him the strength to pursue his studies. He was loath to admit it, but they formed a protective wall around him, separating him from the demands of society. People outside his family confounded him. They didn’t make sense, particularly with their irrational demands of marriage and children.