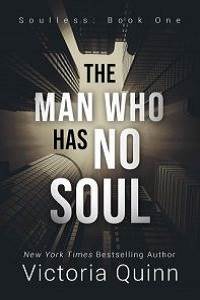 First day of spring in Manhattan.

The cold was still harsh, still icy on the lungs, especially first thing in the morning when I walked several blocks from my apartment to the Trinity Building in Tribeca, the skyscraper that belonged to the rich, famous, and the important.

When I was at the corner, I opened my bag and changed my shoes, taking off the flats I wore and putting on my heels. I was in a black pencil skirt and a blue ruffled top I’d tucked into the waistband, along with a long coat.

Once I had the shoes switched, I greeted the doorman and walked inside, my heels hitting the plush rug at the entrance to the building. The mail cubbies were to the left, empty because we delivered everyone’s mail the second it arrived, along with their packages. I moved past the double elevators that led to the residences and made my way to the back of the building.

Where my office was located.

The office had a gray rug, white desks and cabinets, fresh vases of flowers, along with several rooms to store things for clients and a workstation in case anyone needed to print or fax anything.

I tried not to check emails at home. Otherwise, I’d be working every waking hour of my life, so I opened it now.

Jesus, how did a hundred people email from nine p.m. last night until now?

There was one email in particular that caught my attention.

When I scrolled down, I realized he’d sent me emails all throughout the night. My eyes glanced to the phone on my desk, seeing the red blinking light on the surface. I bet I had a couple messages from this guy.

I opened the email.

This is Jeremiah Winston, PA to a very important client. Call me at your earliest convenience.

I had to roll my eyes because they were all important clients. They were actors, actresses, billionaires, everything. There was nothing I hadn’t seen. But if a new client was moving in to the building, I needed to prepare. I didn’t have the liberty to choose the clients I represented, because they automatically qualified for my services once they paid twenty million for one of the residences. I found his number at the bottom of the email and called.

“Hello?” he said loudly into the phone, not the least bit professional.

“Hello, this is Cleo,” I said in my friendly tone, ignoring the way he behaved like a bull in a china shop. “I’m the director of Trinity Concierge—”

“Oh, thank god,” he said with a sigh. “You have no idea how happy I am to hear your voice. I’ve been trying to get a hold of you all night.”

He ignored my sarcasm. “My client is moving to Manhattan in a week. Escrow just closed a few days ago.”

I logged in to my computer and accessed the list of deeds to the properties. “Which address is it?”

“Uh…” He shuffled in the background until he found what he was looking for. “32C.”

That was over halfway to the top, with a beautiful view of the park. The client who had lived there before was a retired musician who’d passed away unexpectedly a few months ago. There was a long waiting list for the building, so this client must have had a connection to that piece of real estate. “Who’s the client?”

“Jeremiah, you represent one billionaire. I represent two hundred. I’ll sign your NDAs after you fax them over, but let’s get the ball rolling. Now, who’s the client?” I grabbed my notepad and started to scribble.

He didn’t challenge me. “Deacon Hamilton.”

No idea who that was.

Jeremiah held a pause, as if he expected me to gasp or something.

“Just another rich person to me, Jeremiah. Alright, when does he intend to move in?”

“A week from today.”

“You mean, he’ll arrive and stay elsewhere?” The place was empty.

“No,” he said in a clipped tone. “That’s why I wanted to get a hold of you. He wants the place furnished and ready to go the second his plane touches down. He’s already spoken to the decorator. She’ll be at the building any minute.”

“I’m sure he can stay at the Four Seasons—”

“He wants privacy. Can you do this or not?”

Jesus, I hadn’t even had my morning coffee yet, and I had to make a miracle happen. But I never said no to a client—ever. That was why I still had this job. The only person above me was the owner of the building, and we hardly ever communicated—because no one ever complained about me. I’d been getting an annual raise every year because of it. “Yes.”