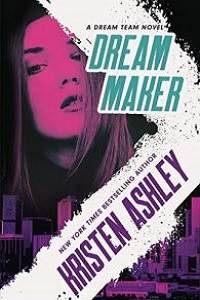 I…can’t…even,” I snapped at my windshield as I slammed on the brakes when the car started to pull out in front of me, and I knew it wouldn’t stop because they couldn’t care less I was only three car lengths away and going five miles (okay, maybe ten) over the speed limit.

“Stupid millennial!” I shouted when I noted the age of the clueless person driving.

Of course, I was a millennial.

Which meant, obviously, I could call my own people stupid and clueless.

Some Gen Xer said something like that, it’d tick me off.

But right then, I had visions in my head of ramming him from behind just to make a point à la Evelyn Couch in Fried Green Tomatoes.

Sadly, Evelyn’s insurance was great, but mine wouldn’t take another bust-up, of which I’d had many (and this might have a wee bit to do with me going five, more like ten miles over the speed limit on more than the regular occasion—then again, I was always in a hurry and it was no lie that wasn’t hardly ever my fault).

Another reason my insurance agent was going to blackball me to all insurance companies happened right then.

And I looked to it instantly.

What could I say?

The call was from my mother.

Normally, it was a very good possibility, to the point of it being a probability, I would avoid my mother’s call.

Today, I could not.

So I snatched up my phone and engaged, hopeful to the last (in other words, delusional) that maybe for once, I might have backup in the current situation I was going to have to handle. A situation, like all of them, that was not mine.

Oh, I was going to see my brother all right.

I was Norm from Cheers at Denver County Jail.

“Of course I’m going to see him,” I replied.

I understood her relief.

And my heart sunk.

Because it was not about the proud mother of a good little sister looking after her big brother.

It was a good little daughter doing what a mother should be doing and thus the mother didn’t have to do it, which was good, since she wouldn’t do it anyway.

“Tell him his momma sends her love and if he needs anything…” She trailed off.

Call your sister, Evan, I finished for her in my head.

“Talk to you later,” she went on. “Come over for dinner. Your stepdad and I miss you.”

With that, she hung up, not setting a dinner date, not staying on the line long enough for me to share with her I was D…O…N…E done with sorting Mick’s crap and not ending the conversation saying such as, “I love you, you can’t know how much. You’re so responsible, I’ve no idea how you got that way, but we’re so lucky you did because I don’t know what we’d all do without you.”

No, she did not say that.

I tossed my phone to the seat, drove to the jail, and as I was pulling in the parking lot, I heard it buzz with a text.

I glanced at it, looked back out the windshield, and muttered, “Oh boy.”

I found a parking spot, shut down my car and snatched up my phone again.

I went to texts.

I read the latest and then, because I was clearly in the mood for self-flagellation, I scrolled up and read it from the top.

The tippy-top stating the text string was with DANIEL MAGNUSSON.

Yes, is this Daniel?

Who called themselves Mag?

Hey, we doing this?

“This” being going on a blind date because our mutual friend Lottie (who’d set us up, like she’d set up all my girlfriends at the club where we worked with friends of her fiancé, Mo) would not let it go even though I got the impression both of us consistently, and for some time, tried to put her off.

For my part, I knew I did just that.

And his “we doing this?” solidified the impression he did too.

I did not climb.

I owned eight pairs of Chucks in eight different colors.

But I did not own a single item that might be construed as anything that had anything to do with physical activity.

This was partly because I stripped for a living, which was physical enough.

This was also partly because, when I wasn’t stripping, I was so busy doing everything else, I didn’t need to work out.

How about we go for ice cream?

That got me about two full minutes of continual dot, dot, dots, which did not turn out to be a textual opus.

It turned out to be three words.