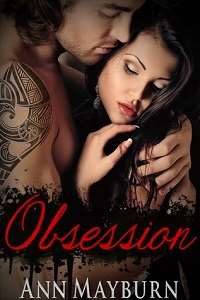 A true friend is someone who lets you have total freedom to be yourself - and especially to feel. Or, not feel. Whatever you happen to be feeling at the moment is fine with them. That's what real love amounts to - letting a person be what he really is and loving him for it.

There are few emotions that I experience with any intensity, and fewer still that are what ordinary people would consider “nice”, but of those occasional bouts of negative feelings I have to endure, sorrow is by far the worst. Once it sinks its poisoned claws into you, it debilitates your body, steals your will to function, drains your life, and leaves you hollowed out and blistered raw inside. The only thing I’ve found to combat the choking depression of sorrow is violence, but my grief at this point is so absolute I couldn’t fathom anything but pain.

Usually I’d be multi-tasking, touching base with the various members of the cartel I belonged to as we went about our daily business and shit like that. But with my mother dying in a room not too far from me in this barren medical wasteland, I could barely function enough to breathe.

My sweet, gentle, kind mother, who always smelled like cherries and vanilla, was pumped full of strangers’ blood in a vain attempt to keep her heart beating and replace the liters she’d lost as I’d held her in my arms, trying in vain to stop the bleeding as she clung to me with the last of her strength.

Guilt and sorrow battled for supremacy in my chest, my lungs tight with the need to cry out against the injustice of it all.

If it wasn’t for my mother’s unending patience and kindness, her generous nature, I may have grown up having no idea what it felt like to care for another person, to have any form of compassion. If that had happened, I’m sure I would have become a monstrosity in the truest sense of the word. Instead, I’ve managed to channel my taste for the high violence gives me into a profession that had, ever so briefly, given my mom the kind of life she’d always dreamed of.

Tears burned my nose, but I turned my head up to the ceiling and closed my eyes, willing them away.

My dad had died not long after I was born, and my difficulties with processing the world like everyone else would be a challenge to anyone, let alone a single mother with only a high school education. Still, she’d always been there for me, helping me understand people and their emotional motivations like an interpreter translating a foreign language. It was through her that I learned to mimic the unspoken rules of our society, how to blend in. At least as much as I could ever blend in. I’m one of those people you look at and just know something is wrong, different. Nothing overt, nothing you can put your finger on, but when people meet my gaze, some animal part of their brain screams that I’m dangerous.

And I am. I carried within me the ability to do great violence without balking. If I had any respect for authority, I might have gone into the military; they tried to recruit me, but I had other plans. In the rough neighborhood I’d grown up in, violence was a fact of life and boys aspired to work for the biggest drug cartels, not the government. It was survival of the fittest, and I was born a predator, so it didn’t take me long to move up through the ranks, even when I’d joined the Cordova cartel at the tender age of fifteen.

I’d grown up poor, but over the last few years had managed to move us into a decent house north of Tucson, the result of my working for the Cordova cartel as one of their enforcers. Turns out they had a use for a man of my talents, and while being sadistic would never serve me in the world occupied by offices and people standing in never-ending lines, it did allow me to flourish in the deep underbelly of society. The money was good, but the release of tension I felt after killing someone was even better, and because of my willingness to do gruesome work without a blink, for the first time in her life, my mom didn’t have to work two jobs to support us.

Unfortunately, my activities had blown back on me—and my mother had paid the price. Someone had done a drive-by on our house and she’d been standing directly in the line of fire, getting ready to go bowling with her girlfriends.

She’d been so excited to show off the two-carat diamond pendant I’d gotten her for her birthday, hadn’t been able to stop touching and admiring it. She had to have known my money wasn’t legal, but she allowed me to think she bought my lie about working as an errand boy for a local construction company the cartel owned. My mom was brutally practical, and I’m sure she knew better than anyone I wasn’t meant for the nine-to-five world.