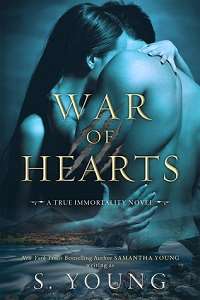 ‘nae’ on the end of a word is the equivalent of ‘’nt’, the contraction of ‘not’.

The city held no danger for Thea as she strolled down the nearly deserted street on the outskirts of the eighth district. In the dark, the seedy neighborhood in an otherwise beautiful Budapest, could almost pass for a nicer area of the metropolis. Graffiti tags covered the walls, marring its beauty. The only reason she’d chosen the street, almost an hour’s walk from the Danube and the stunning historical buildings in the clean tourist districts, was because she could afford the flea-ridden room her creepy landlady had the audacity to call an apartment.

During daylight the tree-lined street was almost pretty, if you ignored the stench of dog waste and the sight of homeless people pressed up against the graffitied buildings and sprawled on the sidewalk. In the dark, the tall, slender oaks seemed to bow over Thea, a shadowy protection as she walked to the twenty-four-hour convenience store. She’d always felt a strange affinity with nature, her soul yearning for a quiet place in the woods somewhere. Would they find her in some far-off forest?

But let’s be real, she thought, I’d die within the month.

Her survival skills were strictly urban, and she couldn’t afford to stop anywhere for too long. She’d been in Hungary for almost three months, liked it more than most places she’d been, but already she felt that itch to run. However, waitressing did not pay a lot and half the tourists who came through the café she worked at in the Palace District didn’t seem to realize you could tip above 8 percent. She would get a job working for the last café in Budapest to add a mandatory service charge.

Grumbling to herself, Thea strode a little faster past the young homeless guy who looked prepared to grab her around the ankle to stop her. She hardened her heart against the visual of him, scrawny, filthy, and cold in the chilly April night. She was saving every penny she had for train fare. Thea had to run at a moment’s notice and right now her savings wouldn’t get her very far.

The young man yelled something down the street to her and although Thea only understood a little Hungarian, she’d heard her boss use a certain word enough to know the homeless guy had just told her to do something pretty nasty to herself. Thea curled her lip in a mixture of guilt and irritation.

Shrugging it off, she pushed open the door to the late-night convenience store and ignored the look of rebuke the owner gave her. He was an older Hungarian man. Thea put him in his late sixties and again she couldn’t understand the actual words, but every time she came into his shop in the middle of the night, he forced her to endure a lecture she technically didn’t understand.

But she understood him all right.

He did not like a young woman wandering the streets alone at night.

Thea appreciated his concern. However, he had nothing to worry about. Still, she liked the old guy. Few strangers gave a shit what other strangers got up to, especially beyond spending money in their establishment. She gave him a nod, trying to hide her small smile at the fatherly glower he sent her way, and wandered deeper into the store. Thea liked the occasional glass of wine on nights she couldn’t sleep, and the shop sold a red she could kind of just about afford. Plus, there were these European potato chips that were addictive. She couldn’t get enough of them. Paprika flavor.

Just as she was reaching for the large family-size pack, the hairs all over her body stood on end and her heart raced.

Her head whipped to the left up the aisle and the bell above the shop door tinkled as someone else walked in. Pulse thrumming hard, Thea pulled her hand back from the chips. All her life, she’d experienced a feeling akin to walking through an electrically charged space when something not good was about to happen.

Had they found her?

Looking up in the far-right corner of the shop where the owner had an old TV mounted to the wall, Thea watched the live footage of the front of the store. There was a man standing at the main counter talking to the owner.

Thea heard the old guy’s voice rise just as the new arrival pulled a handgun out of his pocket.

She knew what she should do, and that was everything it took to not draw attention to herself. Thea was good at being quiet. She could creep up the aisle and make a quick dash for the door and be out of there before the guy with the gun could even blink.