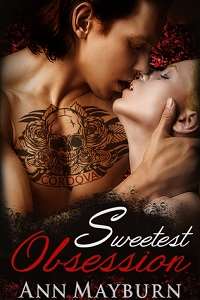 The leathery-skinned guard manning the little white booth behind the elaborate black iron gates looked from me, to my license, and back again with far more scrutiny than I think the situation warranted. His bushy grey and black brows furrowed as he spoke softly into the microphone strapped to the shoulder of his uniform. I couldn’t make out what he was saying, but it was in Spanish, and he was kind of creeping me out. Usually, the booths at gated communities were manned by lazy rent-a-cops, but this guy reminded me more of someone you’d see guarding a military base. He was one hundred percent no-bullshit and obviously regarded me as someone unworthy to pass through the flowering desert cactus lined gates.

“I look different with my hair down,” I smiled at the guard holding up my license and comparing it to me, trying to appear harmless.

Ignoring me, he looked down at something inside the booth and spoke into his mic while shooting me a quick glance. I forced what I hoped was a sweet smile, and he grimaced in return. Okay, maybe trying to look sweet when I was inwardly fuming wasn’t the best idea. I’d had a couple hours to stew over the injustice of this situation during the drive from Phoenix to Sedona, and my already hot temper was at a slow boil.

If there was one thing I hated, it was being taken advantage of.

He slid the window between us shut while still holding my license. I was tempted to bang on the glass and yell at him to let me through, but that probably wasn’t the best way to handle this situation. My twenty-year-old silver Honda Civic—one year younger than me—gave a hard rattle and my gaze darted to the dashboard. I wondered, again, if taking a car with over two-hundred thousand miles for a drive through the desert was such a great idea. Without looking away from the guard shack and the guy still examining my ID, I gave the sun-bleached dash a little pat, mentally encouraging my ride to keep on chugging.

Normally I didn’t drive outside the greater Phoenix area, other than to go back home to Tucson, but desperate times called for desperate measures.

Finally, the window slid open again. The uniformed guard leaned out, handing me my ID back with an impassive expression. “Thank you for your patience, Ms. Holtz. If you’ll follow the drive up to the main house, Mrs. Roja is expecting you. Just park out front.”

I gave him a toothy smile with no warmth. “Thanks.”

As the mammoth wrought iron gates smoothly slid open, I put my car into gear and eased up the long, winding asphalt drive that led to a massive Mediterranean style home perched on the edge of a big hill, dominating the red stone landscape. The entire property was gorgeous and well maintained, like celebrity homes you’d see on TV.

I knew Jacob’s family had money, but not this kind of money.

Growing up in wealth like this would certainly explain his ‘entitled little shit’ behavior.

The nervous clench of my stomach increased. I was sure that, if I touched my abs, I’d find them rock hard with tension, something they never were. Nope, I was a curvy girl, about thirty pounds over my ‘ideal weight’ as my doctor liked to put it, and soft all over. It wasn’t that I was lazy and sat around eating crap all day. I was pretty active and tried not to pig out too much, but my body held onto those extra thirty pounds like my life depended on it. No amount of dieting seemed to make a difference. Thankfully, most of that weight was distributed between my breasts and ass. But my belly always had a pooch, no matter how many salads I ate, and the last time my thighs didn’t touch when I walked was when I was ten.

The landscaping was beautiful, all done to compliment the desert surrounding the driveway, with big cactuses and flowering succulents brightening the red rock boulders surrounding the house. Overhead, the clear sky burned an impossibly bright blue and I was thankful the weather seemed to be at lease twenty degrees cooler here. Back home in Phoenix, I baked anytime I was outside and longed for the days when I had nothing better to do than hang out in my parent’s backyard and swim in our small, aboveground pool.

What I wouldn’t give for a dip right now—but, no, my moral compass demanded I address injustice immediately. Instead of sleeping in on Saturday morning, like any sane person with my busy schedule would, I decided to get up at the butt crack of dawn and drive my ass north. I had to be crazy if I was willing to sacrifice the one day I had to myself and waste thirty dollars in gas for the trip, all because some punk ass little spoiled rich kid lied to me.