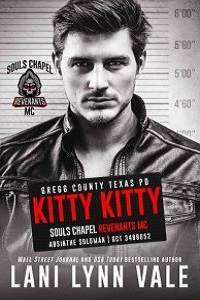 Drill Sergeants: they will kick your ass and look sexy doing it the entire time.

“Holy shit,” the girl beside me breathed as she got a load of the male drill sergeants.

I didn’t say anything.

I didn’t want to be singled out and be forced to do anything more than I was already doing.

When I’d told my parents that I was going into the military—the Army specifically—I didn’t have any clue just how bad it was going to be at first.

One second, I was a happy twenty-one-year-old, and the next I was in the Army, being yelled at by really screechy female drill sergeants for eating two freakin’ kiwis instead of just one.

I mean, for God’s sake, it didn’t say ‘you can only have one goddamn kiwi.’

How was I supposed to know the limit was one?

The men standing in front of us were… gorgeous.

But one drill sergeant in particular kept drawing my eye.

The name stitched into his uniform said ‘Solomon’ and he was so sexy I could barely breathe.

Then again, that barely breathing thing might have something to do with the number of push-ups we’d been forced to do over the last hour.

Whatever the reason, I had a feeling that every single eye in the entire unit I was in was currently focused on one drill sergeant in particular.

A small flicker of annoyance crossed Drill Sergeant Solomon’s face, then he stepped forward and led the next drill.

I fell over my feet twice as I tried not to stare at his bulging biceps.

How the hell did they not rip the damn shirt?

“Do you have a problem, recruit?”

I shivered at the low, raspy voice of the other male drill sergeant that had come with the sexy one.

The name on his shirt read ‘Brees.’

The shiver that’d run down my spine wasn’t the same type of shiver that Solomon had gotten out of me earlier.

No, this one was one of downright terror.

Because there was something about this particular drill sergeant that had freaked me out from day one.

When I was younger, I’d had a lot of ‘premonitions.’ Not like ‘you’re about to die, don’t step off that curb’ kind of premonitions. No, this was the kind of feeling that maybe the person you just met wasn’t a particularly good person. That they were someone that I needed to stay away from. A man that in this case, if at all possible, I needed to not gain his attention.

The man’s eyes traveled over me, head to toe, and his lips twitched. “Mackenzie.”

“I know a couple of Mackenzies,” he drawled.

Of course, he did.

That meant he was going to be paying more attention to me.

“Carry on.” He gestured to the rest of my platoon that’d started off without me.

I rushed to catch up, a feeling of utter relief coursing through me at not having to stay with him any longer.

The only problem was, I’d gained his attention.

When a man like Drill Sergeant Brees had you in his sights, things were bound to go bad.

Drill Sergeant Brees had made a comment this morning during our morning drills. One that had left me with my eyes wide open even though I needed the sleep desperately.

You may think you’ve won, but you haven’t. I’ll see you tonight, Mackenzie.

Normally, it was only the female drill sergeants that dealt with the female soldiers.

This morning, though? It was like Drill Sergeant Brees had gone out of his way to make sure that my life was a living hell.

It was boot camp.

I’d expected it to be hard.

But not this hard.

The one shining bright light in my dark sky over the last three weeks had been one single man’s attention.

And not because of anything that I’d done, but because of what the other drill sergeant had done.

He hadn’t liked Brees’ attention on me.

Not one little bit.

And he’d thwarted almost every single attempt of Brees’ at getting me either alone, or almost alone.

But tonight, I wasn’t sure that he would be saving me.

The sick feeling in my stomach grew until it was a pounding ache that nearly doubled me over.

As if these last three weeks weren’t enough, now I was on my period, in need of tampons, and about to head to sick hall for some medication on top of that.

I was blessed with awful, and I do mean awful, periods.

They would tear me down, one cramp at a time, until I was lying sick on the floor.

In bootcamp? That kind of thing wasn’t ever going to fly.