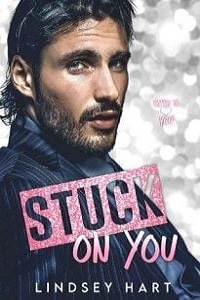 You know those fights between couples that are just awkward as fuck to witness? Um. Yeah. Well, I’m currently experiencing it. As a maid. Which is just a side hustle I have going on—an undercover gig, you might say—in a bid to get sweet revenge against the douchebag billionaire and his family who wrecked my dad’s life.

Said fight is set to be explosive, and as the new maid—I seriously mean new since I’ve only been in this position for two days—I thought it would take much longer to get the juiciest bits of juice and the dirtiest bits of dirt I’m after.

I walked in using the back door because it’s sneaky, and the pin on the keyless door pad is the same as the front door, so why not? Asherly Cromwell and his fiancé, Meryl Burbank, have no idea I’m even here.

I have a feeling they wouldn’t be arguing this loudly if they knew there was someone around to hear it, though okay, it’s more than a hunch. It’s a straight-up fact because they care too much about appearances to do more than whisper yell at each other unless they’re behind closed doors. I also know they care too much about their public image because that’s exactly what the fight is about.

So, the Cromwells. They might as well be called the Asswells because that’s what they are. They’re assholes. And not good ones either, though assholes usually aren’t. They’re a killer rich family originally from England. Or at least the grandpa was. The granny is another matter. She was born and bred right here in NOLA. Her family came from old money, which was actually pretty innocent as far as old money goes. They made a fuck ton of money with patents for shoes, if you can believe it. Yes. Shoes.

As the story goes, the grandpa fell in love with more than just his wife. He loved New Orleans and decided to stay. The grandparents took some of her old family money and started a newspaper company that acquired its own publishing chain, which then expanded into a huge powerhouse publishing magazines and books. Long story short, they wrecked my dad’s life by buying out his publishing company—one he’d spent his whole life working on to push things for this city and make it even better—and then literally just shutting its doors. They put everyone out of business, and bam. The end of an era. Bam, no more future for me as a journalist to work at the very paper that made me want to do this job in the first place. Bam, they promised they wouldn’t shut the doors, but they went back on their word. Bam, all my dad’s pride and joy down the drain. Bam, instant spiral into a very terrible depression. Bam, bang, bing, bong, bam. All of that added together is an excellent recipe for revenge, which is better served juicy and piping hot, as people say.

They’re right, you know. I imagine revenge as a delicious, steamy pie pulled straight from the oven with the fragrant scent of peaches—because they’re my favorite—and sugary zest you can just about taste simply by inhaling it to the back of your throat, filling up the entire house. Yeah, that’s revenge.

So, that’s why I’m here cleaning this freaking palace of a house owned by freaking Asherly Cromwell. He’s the next generation and one of the heirs to the newspaper and magazine empire—heirs who did absolutely fucking nothing because they didn’t have to. That’s the nice thing about being an heir. There are five cousins—four boys and one girl. And they’re all spoiled, rotten, and nasty bad apples that would make the worst revenge pie if they were cut up and baked into it. Ewwwww. People pie is definitely not my thing. But, back to Ash Cromwell.

He hates the name Asherly, obviously, so he goes by Ash. He’s the oldest, and he wasn’t my target in particular since he seemed quite normal and the least likely to have some dirt going on that I could undercover my ass and find, but it just so happened he was hiring a new maid, so presto change. I changed my ass from a journalist to a cleaner and got myself hired thanks to some stellar fake references provided by my boss, who is most eager to get some sleaze. Yes, I’m technically a bit of a dirtbag reporter myself, but it isn’t what I want to do with the rest of my life. The path to leaving this life of crime and dirt will end with revenge. The Cromwells are so going down.