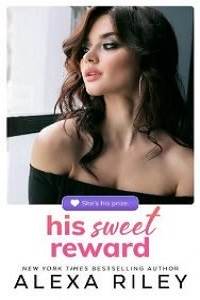 “Do you want pizza?” Blair, my roommate, shouts from somewhere inside our apartment.

“No,” I shout back as I stare into my closet. I have nothing to wear and I wonder why my date had to pick somewhere so fancy. At least I’ll get a good meal out of it.

“No?” My door flies open. “Are you sick?” Blair walks into my bedroom and looks me over. Cherry and Harlow stand behind her, peeking in. They’re always at our place or we’re always at theirs since they live across the hallway.

“I thought you quit,” Cherry reminds me.

I’ve quit several times, but that doesn’t seem to stop me. Two bad dates, three no shows, and one guy who ditched me when I was right in the middle of a sentence.

“I can’t be single forever,” I groan as I walk over to my bed and fall backwards on it.

“You’re twenty. That’s far from forever,” Blair says dryly as everyone comes to sit on the bed with me.

“I don’t want to go to my family reunion without a date.” This is why I signed up for the dating app all of my friends are using.

“You’ve got to let go of the shit your sister put in your head.”

I’m the black sheep of the family, which was inevitable since I’m the product of an affair my father had. I was two when I came to live with the Tanners after my mother passed. I have no memories of her; the only mother I’ve ever known is Victoria. She doesn’t let me call her “Mom,” but she does expect me to always say “ma’am.” She didn't want me calling her “Mom” but she also didn't want it to be obvious to people I’m a bastard because of her husband’s slip-up.

“Why do you even go?” Cherry rolls her eyes.

None of my friends like my family and I’m not sure I do most of the time either. It’s why I moved out as soon as I could and not one person tried to stop me. I think they were glad to see me go, but the second an event happens I’m expected to show up and be the supportive daughter.

“My dad,” I groan as I sit up. “He’s the only reason I keep going back and I thought if I had a date I could shove it right in Charlotte’s face.”

“You gotta let that shit go. She’s hateful to you because you blossomed and she didn’t.”

Men aren't banging down my door, and now I’m more than a late bloomer. My hair is uncontrollable and I had braces until I was almost eighteen. It didn’t help that my stepmom thought if she bought me smaller clothes I’d lose weight, but all her talk about me being “plump” only had me eating more. It really wasn't until I moved out from under them that I started to find some confidence. Still, their words about me never finding anyone are always in the back of my mind.

“You could lose that V-card in a second if you really wanted to,” Cherry says, winking at me.

I don’t want to just lose it; I want it to mean something.

“I’m going on the date. I already agreed and it’s not like it can get worse.” I hop up from the bed to inspect my closet again, but it’s still all the same clothes.

“You could get someone like Thanos,” Harlow chimes in. They all groan at the same time, making me laugh.

“I still can’t believe you all went on a date with the same guy. That’s so weird.” I’d never want to date someone my friends did, even if it’s hard to call what they had an actual date. This guy is apparently the dick of all dicks. They all said he was rude, arrogant, cheap and had the personality of a brick wall. The general consensus was that he was the worst date ever, but at least everyone laughs about it now.

“That’s why we all tell each other our dates’ names before we go,” Blair says.

“Guess it’s bound to happen if we’re all using the same dating app.”

I settle on a dress that my stepmom gave me, so it’s nice enough for the fancy restaurant. I only fit into it because now that I’m out from under them I don’t stress-eat anymore. Yoga probably doesn’t hurt either. “I can assure you my date's name isn't Thanos. Who would name their kid that anyway? It’s a villain's name!” I turn around to show them the dress. I know Cherry and Blair will hate it, but I’m looking for Harlow’s opinion the most.

All of them burst into laughter and I look at the dress on the hanger.

“The dress isn't that bad.” It’s actually kind of pretty, even if it’s not my style. It’s bright yellow and fits me tight, with the hem just above my knees. I have a pair of flats that should match it well enough because heels are out of the question.