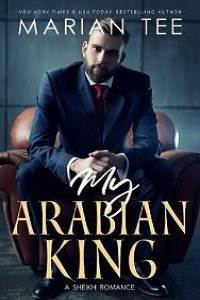 “It is nice to see you again,” the kingdom’s highest-ranking general murmured.

Altair slowly shook his head. You know why I’m here.

Harper scowled. It doesn’t mean I should just give up without a fight.

Because they had just about the same conversation for so many years now, words no longer needed to be spoken.

When Harper opened her mouth to argue anew, Altair said gently, “The king wishes you to stay where you are.”

Harper glared. And if I don’t obey him?

“We have recently expanded the palace’s dungeons,” Altair said very politely. “Perhaps you’d be interested in a personal tour?”

He was going to have her locked behind bars, in other words.

And so she stayed, fidgeted, and cursed the sheikh to perdition.

Maybe if he weren’t single, she wouldn’t mind being around him so much, Harper thought moodily. Maybe if he found himself a queen, she’d stop being stupid. Maybe, just maybe, she’d finally accept the fact that Khalil Al-Atassi was untouchable, unreachable, and would always be, especially to girls like her.

It took over ten minutes before the sheikh finally found his way to her, having had to pause on his way twice, the first to speak with a French ambassador and later, to exchange a few words with a UN envoy.

His cousins spread out in what seemed like natural synchrony, affording them a circle of privacy, but Harper wasn’t fooled. These five guys were thick as thieves, and nothing they did was ever unplanned.

For a long time, the sheikh simply stared at her, stared and stared, making it seem like he had the hots for her. But they both knew he was just baiting her. Damn sheikh. He knew how much she hated being the center of attention, and that was exactly what he was making her to be.

Harper almost scowled, almost glared, but then she caught sight of her father’s warning look from across the hall. Shit. And so she had to resign herself with a stony expression as she said, “Hello, sheikh.” Now go away.

Instead, Khalil Al-Atassi remained in front of her, his gaze patient and knowing.

Don’t do it, Harper warned herself. You know he just likes seeing you mad for whatever reason. And the damn sheikh knew how much she hated it whenever he stared at her. She tried counting to ten, but when the sheikh seemed to be enjoying looking his fill of her, Harper’s quick temper eventually got the better of her.

“I truly do not know,” the sheikh said ever so solemnly that Harper wanted to strangle him. “Is it because I called you qalifa?”

Her teeth gnashed. “I am not a little girl.” Damn sheikh.

The sheikh appeared surprised. “You say it as if it is an insult, but it is not.”

“It is an endearment, one I only use for special childhood friends such as you – dear qalifa.”

“Call me qalifa one more time, and you’ll see just how good this little girl is at trying to choke the hell out of you.” And who the hell was he trying to kid? Endearment? Ha! He only called her ‘little girl’ because he knew how much she hated her youthful looks. And really, childhood friend? Double ha! He was a sheikh, and she just happened to be the daughter of the American soldier who had saved his uncle’s life. Even if special circumstances had allowed them to see each other for one week every year, it still wasn’t enough to constitute a childhood friendship, and they both knew it.

“You are as feisty as ever,” the sheikh suddenly stated.

She only stared at him. You’re a pain in the ass...as always.

The sheikh laughed, the lovely, deep sound causing everyone to turn towards them, and Harper almost swore out loud. For the love of God! This man was the worst. He was often described as aloof but gentlemanly, but in her presence the damn sheikh would always make it a point to smile, laugh, do whatever that would make it seem like they were such good friends –

And all just so she could blow her top, Harper thought furiously, which the damn sheikh found so enjoyable to watch for some reason.

“I am glad you have not changed all this time.” The sheikh reached out to ruffle her hair, just like the ‘qalifa’ he thought her to be, and Harper was tempted to sink her teeth into it like a rabid dog. Oh, to hurt him just once, she thought wistfully.

“Why are you looking at me like you want to kill me?’

She grimaced. She had wanted him to feel insulted, not amused.