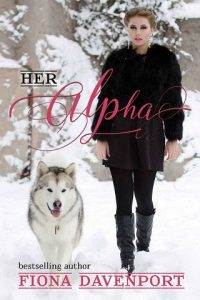 “Did you find her yet?” one of my best friends asked as I pounded on the door in front of me.

“I’m at the house where her phone’s location shows she’s at.” I switched my cell phone to the other ear and looked over my shoulder. “There’s a big truck in the driveway, so hopefully she’s here, and someone answers the door soon. I’ll call you back when I know what the heck is going on with her and the sexy sheriff.”

“Don’t disappear on me, too,” Calliope warned before hanging up. If I hadn’t been worried sick about Allegra, our other best friend, I probably would’ve laughed because of how ridiculous the idea was. I highly doubted I’d find a guy who’d make me forget to check in with my friends like Allegra did, the day after she stumbled upon her hot cop at the scene of an accident. None of our trio had gotten into the dating scene in high school, so it would be super weird if two of us threw ourselves into the deep end at the same time.

Scared that Allegra had ended up in water too deep for her to handle, I slammed my fist against the door again. I almost took a step back when a deep male voice roared, “I’m coming!” But I held myself in place, refusing to back down when Allegra might be in trouble. Steeling my spine, I lifted my hand to knock again, but held it in the air when the door was flung open by a muscular guy with dark hair and green eyes. “Who are you, and what the hell do you want?”

Refusing to be intimidated by him, I crossed my arms over my chest and stared him down. I wanted to see my best friend with my own eyes to make sure she was okay, and I wasn’t going to leave until it happened. “Where is Allegra? She missed both of her classes today, and I haven’t heard from her since last night. I don’t care that you’re the sheriff around here. If you’ve hurt her in any way, I’m going to make you pay.”

The big lug’s lips curved up in a smirk at my threat, and I clenched my fists at my sides. But then a familiar voice called, “I’m okay!”

My gaze darted over his shoulder, and I spotted Larissa at the top of the stairs. She was practically swimming in the sweats she was wearing, but she made it look good. The surge of relief racing through my system was so strong, my knees trembled a little as I stepped around around her guy to get closer to my best friend.

She rushed down the stairs and said, “I’m so sorry I disappeared all day. I don’t even know where I left my phone.”

“It’s in my office.” Allegra’s sheriff moved to stand next to her, wrapping his arm around her back and pulling her close. “I noticed your battery was low after you fell asleep last night. Since we have the same model, I plugged it in to recharge in case you needed it later.”

As thoughtful as it was that he’d thought to take care of Allegra’s phone for her, I wasn’t ready to cut him any slack yet. “If you were trying to be helpful, you should’ve set an alarm so she wouldn’t have skipped the entire day and worried her friends.” Shifting my focus to my best friend, I added, “It was a good thing your location is shared with me on our phones, or else I wouldn’t have had any idea how to find you.”

“I didn’t mean to scare you.” She gestured toward the guy at her side with an awkward wave and explained, “I just lost track of time.”

“Yeah, I can tell,” I snorted, pointing at her bed head. “But you’re going to need to figure out how to juggle having a guy and going to school, or else your grades will plummet and then your mom will be all up in your business even more than usual.”

“You know getting a degree has never been important to me. I enrolled in college more because of you and Calliope than anything else,” she reminded me.

“Yeah, but you can’t just drop out before the end of the semester.” Her point was fair, but I wasn’t going to back down just because she’d never been interested in getting a degree. I needed some answers before I’d accept that she’d change her whole life for a guy she met last night. I crossed my arms over my chest and waited for her to give me something that would help me understand what the heck was going through her head.

“There are only three weeks to go, so of course I’m not going to drop out,” she assured me with a smile.